The five-race event put together by Tony Orrell along with Ireland Women’s Cycling Commission & Soreen provided a great opportunity the women to gain valuable experience as they turn their track training sessions into real race scenarios.

Faber riding only her second track event Captain’d her team on the night to take the overall individual title & the Team title said afterwards “I was seeing how it goes (this weekend). It was some sort of surprise – I didn’t expect to win all the sprints, all of the races. I want to have fun and travel around”.

“I’ve just started track this year, I started end of October. I’ve only done 1 race in Germany and Tony asked me to come over – so I thought – why not.”

“I really enjoy track in the winter rather than cyclo-cross – it’s dry – it never rains inside”.

“I arrived Saturday so I could join a Madison training session which I have only done in training with Bob (Her manager) who gave me some tips.

“I also enjoyed the training sessions yesterday – we did some sort of racing with local riders” she went on to say.

The next couple of months I will continue to train on the track with focus on the road season with my new team I’ve just joined. At the end of the season I will look and see if I am going to take the track more seriously, then decide if I have potential or not. May-be try some World Cups at some time.

Next up the Elimination Race with all 32 riders taking part. First to get caught-out was Georgia Mansfield – Glasgow Track League being eliminated firstly.

The 3rd event up a 12 lap Course Des Primes saw Faber’s attentiveness to pick-up the 1st sprint on lap 4 the attacking from the midway point on her own to put a half-lap lead on the bunch collecting the 2nd sprint and again extending to a ¾ lap advantage for the final crossing of the line.

With the bunch closing down, Collins sprinted to 2nd with Mads Scott – ACT England taking 3rd.

A rather obscure Unknown Distant Event provided an opportunity for the attenuate riders to pick up the next set of points. The race had no sooner started and the bell sounded for the final lap, with around only a half-dozen laps complete. For those at the rear of the Peloton, a 250 meter sprint would prove to bigger challenge to cross the line towards to front end and Faber once more finished first, just ahead of Emma Jeffers – Sport City Velo and Nicola Greenwood – Andy Schleck Cycles Women Project 3rd.

The final event, a more usual 40 lap Points Race was the longest event on the evening with 5,4,3,2,1 points every 10 laps – doubled for the finish-line.

The bunch rode the first part all together with Vasic chancing her luck towards the 30 to-go marker, Faber caught her for 5 points. Faber led at the 20 to-go marker with Vasic close behind. The 10 to-go marker saw Faber lead the bunch across the line once more before drifting back along the bunch. As the race wound to its conclusion, Faber crossed the line at the front with a big push from team-mate Greenwood to cross the line 2nd , and 3rd place overall. Susie Mitchel – Sundrive Ireland crossed 3rd with Kinsey 4th & Jeffers 5th.

A couple of points gained by Mirium Jessett – Glasgow Track League in the final race & steady performance throughout competition were enough to secure 2nd overall on the night.

Jessett said on Social Media later after her first race of the year “I’m really pleased with how it went considering that I am recovering from a virus (coughing my guts up). It was fantastic to see such a large field of women competing at the first round of the Manchester ACT Track League”. Thanking Tony for the opportunity to race as she prepares for the Individual Pursuit title back in Manchester at the end of January for the National Track Championships. 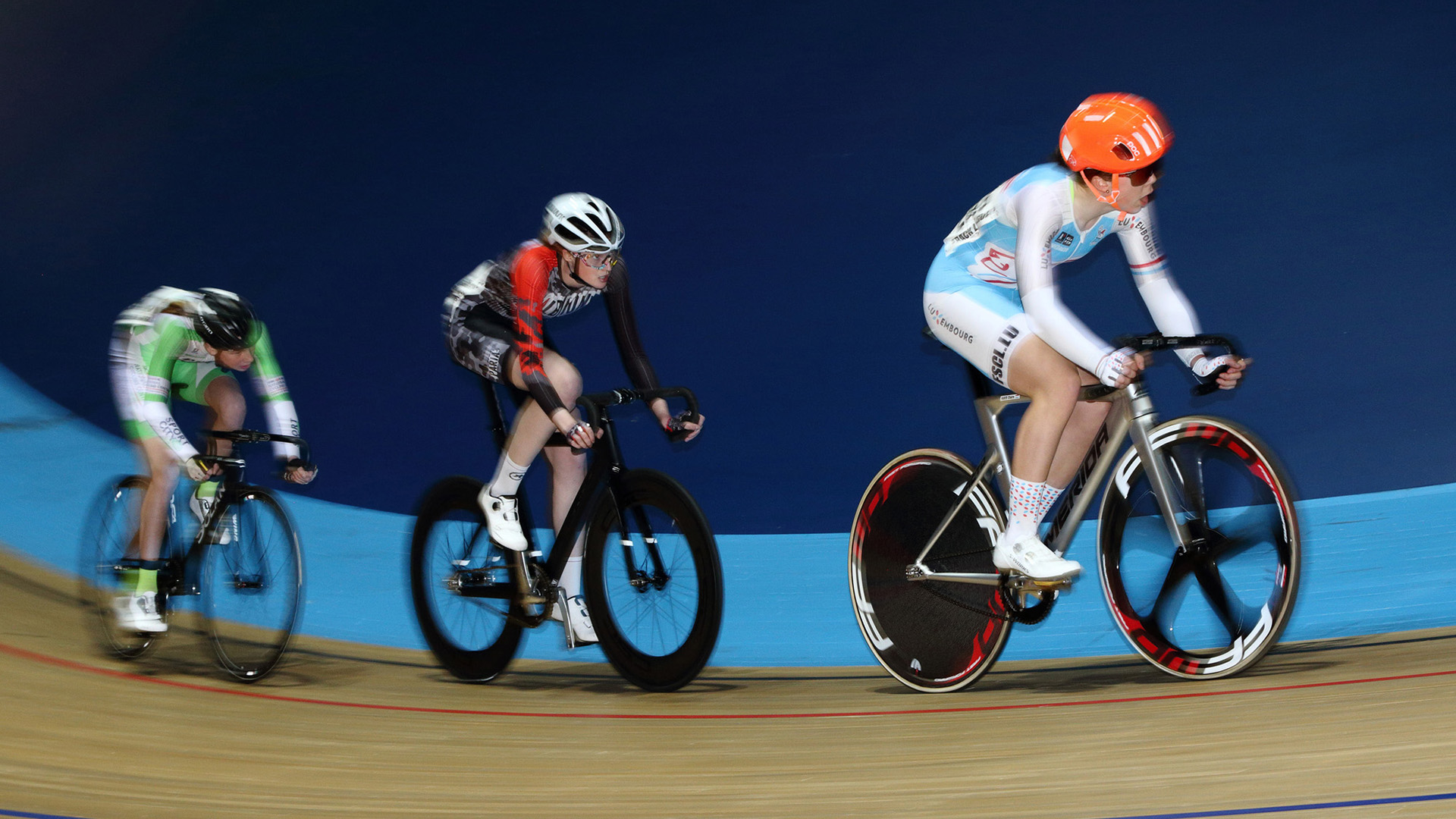