Traveling out of Market Place anticlockwise Westwards, the first action is the sprint at 17Kms in Fremington. Continuing to the top end of the coarse is the main climb of the day, the Butter Tubs at 39Kms. Returning Easterly along the Wensledale Valley, the climb of Scarth Nick is at 65Kms. Returning back towards Richmond, the usual 3 circuits of Waithwith Hill include 2x K.O.M primes, before the final run back into Richmond’s Market Place cobbled finish.

An 11.30am start with five possible Premier Calendar title contenders heading the field, were all racing this finale. Motorpoint’s Ian Bibby, Jonny McEvoy & Marcin Bialoblocki top the league, with Team Raleigh’s Matt Cronshaw & Rapha Condor Sharp’s Zak Dempster all chasing the 2011 title. Motorpoint had it all to play for, but other riders were out for the glory including former winner Sky Pro Cycling’s Russell Downing, Sigma Sport’s Simon Richardson & Tom Last & Team Raleigh’s Liam Holohan.

Through the only sprint of the day, Endura Pedalpower Racing claimed the points & soon after a five man break had gained 3 minuets by the top of the Butter Tubs prime. Rapha Condor Sharp’s Andrew Tennant crossed the K.O.M line first, then Team Raleigh’s Dan Fleeman. Marcin Bioloblocki, Simon Richardson then Jamie Sparling. Tennant also took the Scarth Nick Prime along with the first Waithwith prime.

By the second prime on Waithwith, the chasers were down to just under one minuet. Ian Bibby & Rapha Condor Sharp’s Jonathon Tiernan Locke where off the front of the peleton whilst Sky Pro Cycling’s Russell Downing soon lit the touch paper and the final push to the line.

It was Andrew Tennant that took the victory ahead of Simon Richardson & Dan Fleeman. Bialoblocki dropped back slightly to fourth whilst team mate Bibby & McEvoy were split by Zak Dempster. Russell Downing came in eighth at 28s, whilst Holohan & Last were in the same group. 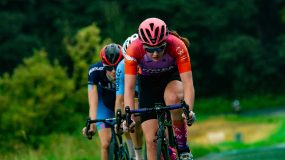 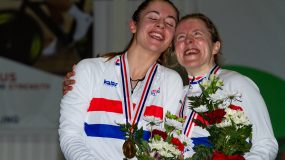