Eluned King (Great Britain Under-23) and Matt Gibson (Ribble Weldtite Pro Cycling) powered their teams to victory in the opening round of the Tour Series in Guisborough on Sunday, as the Series made a triumphant return after 806 days away.

King outsprinted Jo Tindley (Pro-Noctis – Redchilli Bikes – Heidi Kjeldsen) and Ellen McDermott (Team Boompods) from a six-rider group in the women’s race before Gibson soloed to victory in the following men’s event with a dominant win by almost a complete lap.

The results put the Great Britain Under-23 track women’s team and Ribble Weldtite Pro Cycling into the yellow Freewheel.co.uk leaders’ jerseys heading to Round Two in Sunderland on Tuesday (10 August).

King and teammate Abi Smith were part of a six-rider group that went away early on in the women’s race, building a lead of just under a minute that they held until the end, with King outsprinting Tindley at the Westgate finish line.  The win comes two weeks after King won the overall title at the British Cycling National Circuit Series while Tindley’s consolation was taking the Freewheel.co.uk Sprints jersey while Smith won the opening Brother UK Fastest Lap of 2021.

In the opening men’s race Gibson’s dominant display was helped by an early crash that eliminated his Ribble Weldtite teammate Freddie Scheske and several other riders and split the peloton.  That gave Gibson the opportunity that he seized, forging clear and coming home nearly 90 seconds ahead of the main bunch, led in Joe Holt of the Wales Racing Academy and Leon Mazzone (Crimson Orientation Marketing RT).

Full results from the men’s and women’s races in Guisborough can be found here.

Highlights of the Guisborough races are on ITV4 at 7pm on Monday 9 August with a repeat at 12.30pm on Tuesday 10 August and available for 30 days via the ITV Hub.

Round Two of the Tour Series takes place on Tuesday 10 August with a first ever event in Sunderland held on a 1.3 kilometre circuit starting and finishing on Burdon Road. 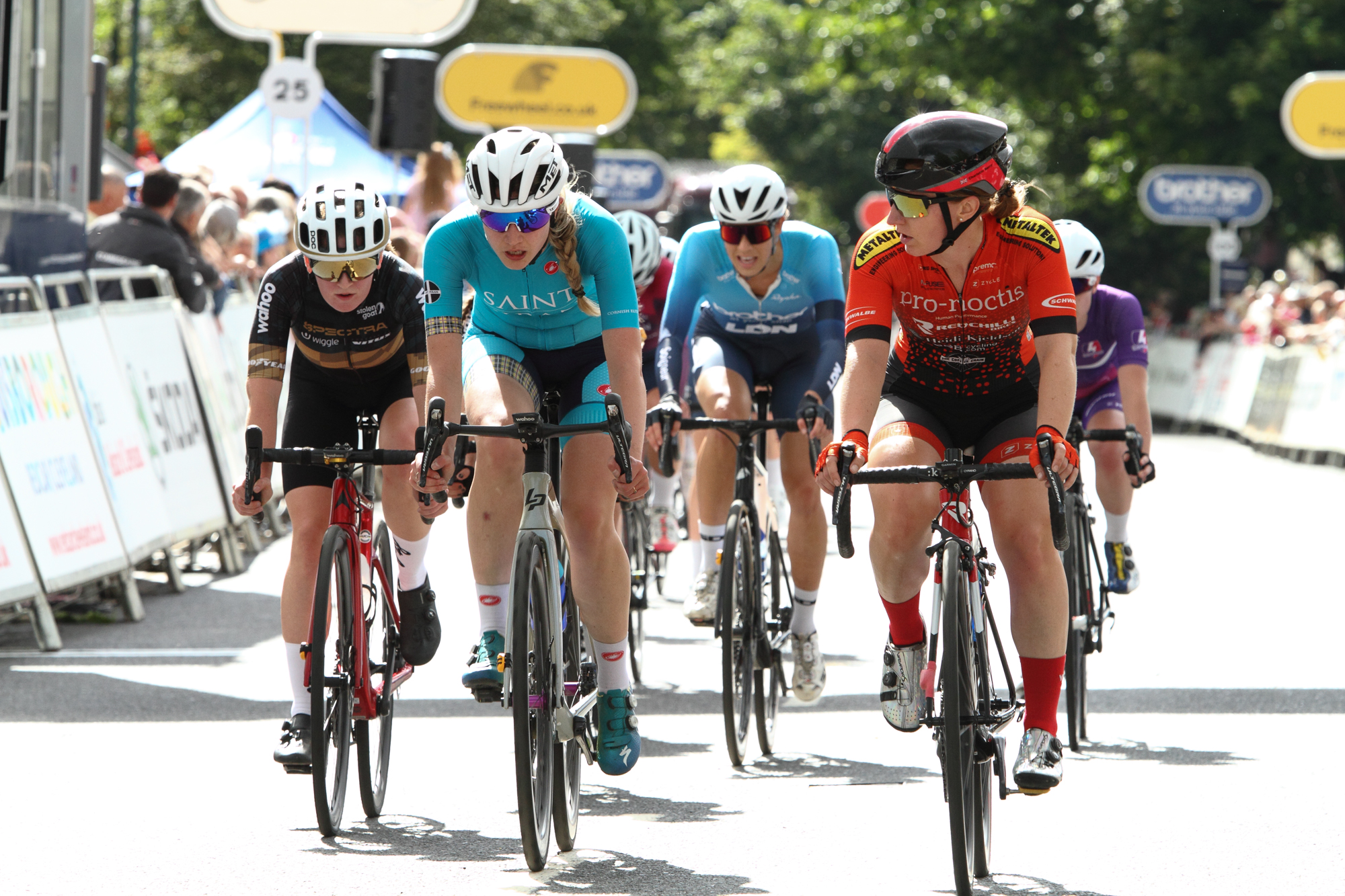 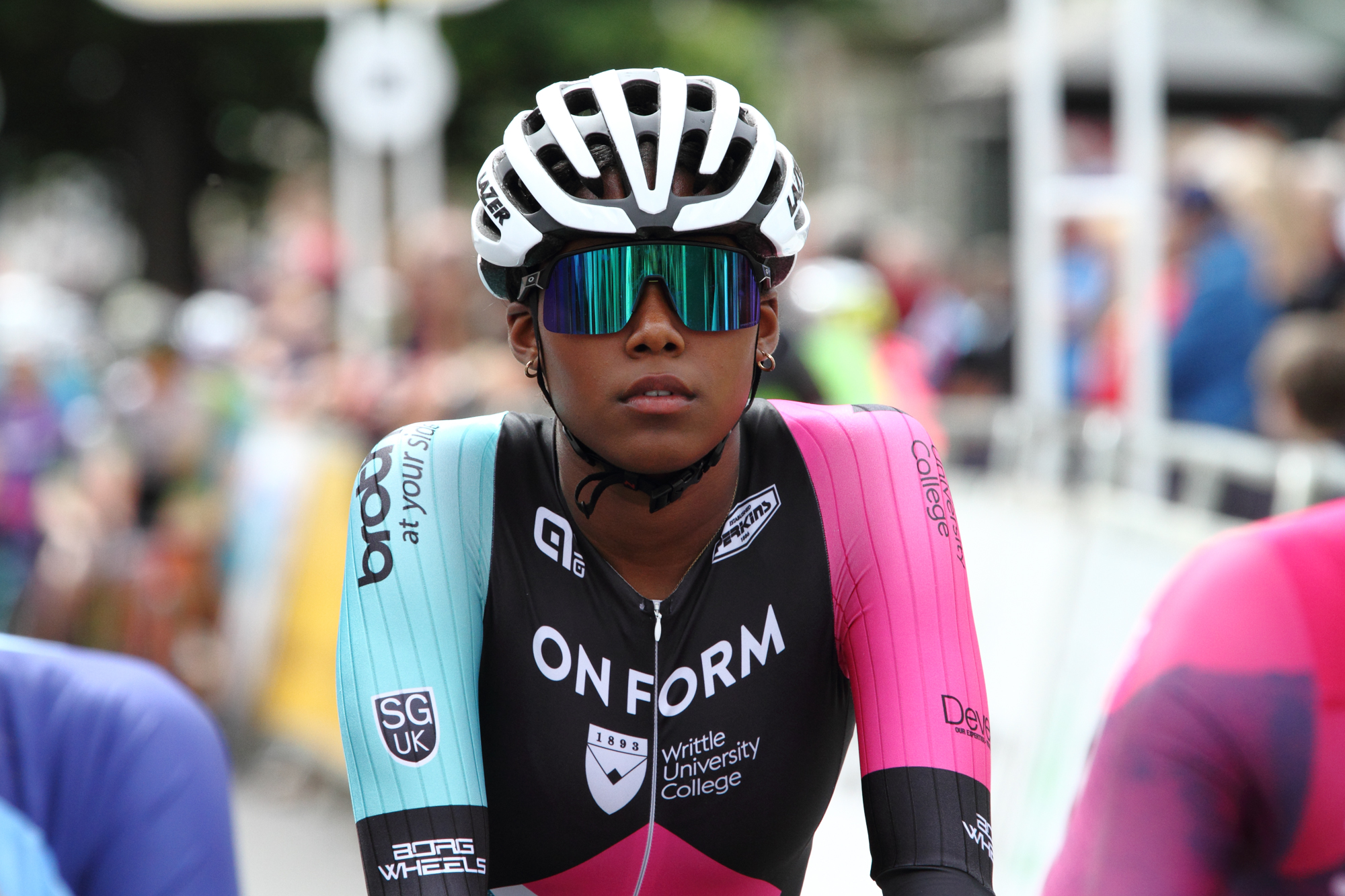 WELSH GLORY IN SUNDERLAND TOUR SERIES ROUND 2 of 3

Welsh riders came out on top in the first ever Sunderland round of the Tour Series as Megan Barker (CAMS – Basso) and Will Roberts (Wales Racing Academy) took the individual honours on Wearside.

Barker’s victory, her third Tour Series win, helped CAMS – Basso take the win on the night to set up a nail biting finale in Castle Douglas on Thursday with just one point separating them and Series leaders Pro-Noctis – Redchilli Bikes – Heidi Kjeldsen.

Meanwhile Roberts took the men’s win on the night as reigning champions Canyon dhb SunGod bounced back from their disappointing opening event to take their tenth-round victory.  Heading to Scotland they trail overall leaders Ribble Weldtite Pro Cycling by three points, keeping the dream of a historic hattrick of titles alive, but very much an outside shot.

After a packed day of family activities in Sunderland’s Mowbray Park, Britain’s leading men’s and women’s teams took the stage on the fast 1.3km circuit around the perimeter of the park.

Despite predictions that the long uphill drag of Burdon Road would split the peloton, and the efforts of a motivated CAMS – Basso team to do just that, the field largely hung together with Jo Tindley’s Pro-Noctis – Redchilli Bikes – Heidi Kjeldsen team able to shadow their moves and keep the five yellow Freewheel.co.uk jerseys.

Tindley also held on to the Freewheel.co.uk Sprints competition while there was a first ever Brother UK Fastest Lap win for Crimson Orientation Marketing RT and Samantha Stuart.

The Welsh team enjoyed a standout Sunderland round with Gorseinon’s Roberts attacking from a small group to hold on to the win by just over a second from Ollie Rees (TRINITY Racing) while fellow Wales Racing Academy rider Joe Holt took third.

Active throughout had been British Olympian Charlie Tanfield having been drafted into the Canyon dhb SunGod fresh from arriving back from Tokyo to take fourth on the night and help his team to victory.

Full results from the men’s and women’s races in Sunderland can be found here. 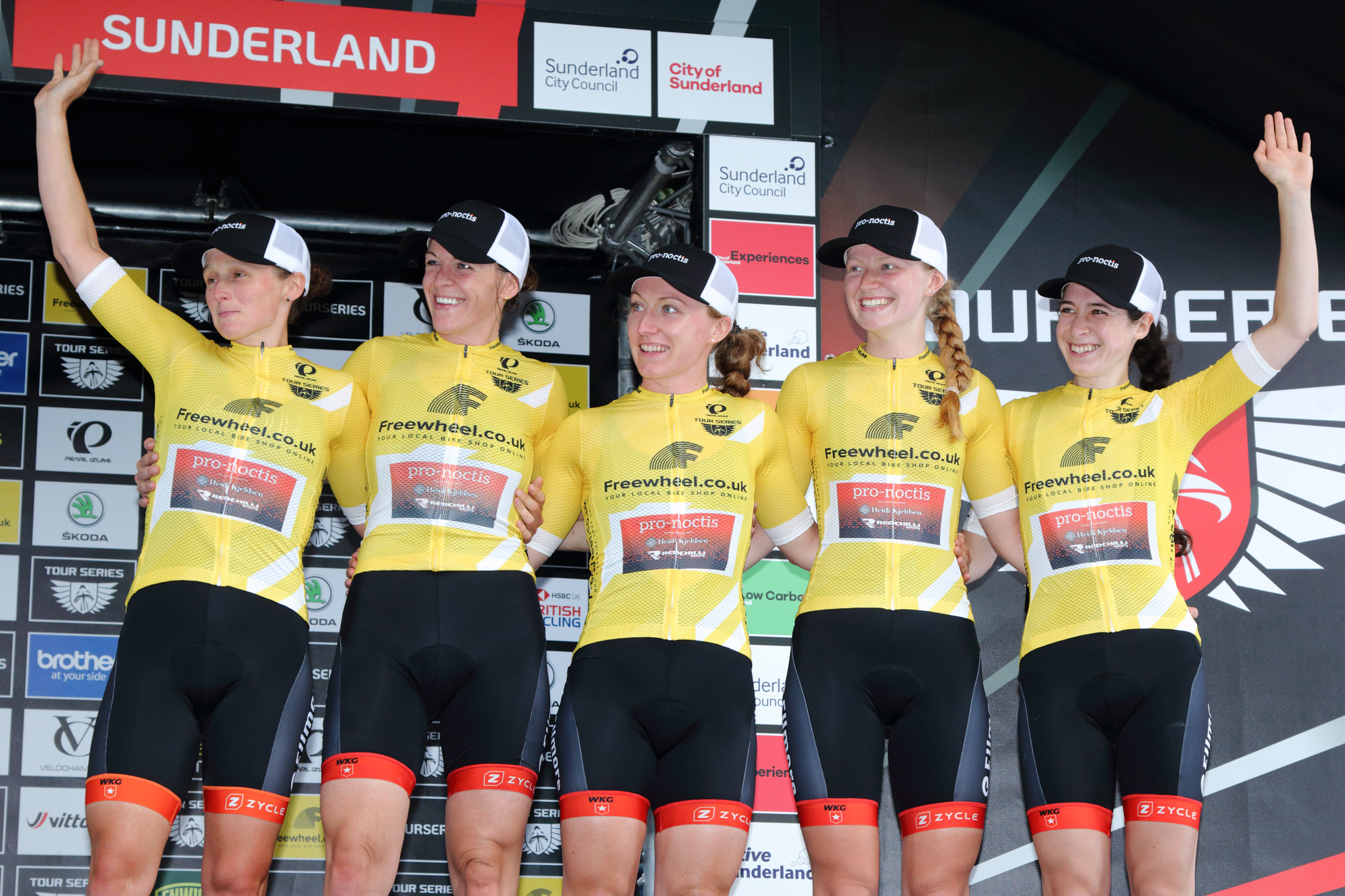 Highlights of the Sunderland races are on ITV4 at 7pm on Wednesday 11 August with a repeat at 12.30pm on Thursday 12 August and available for 30 days via the ITV Hub. 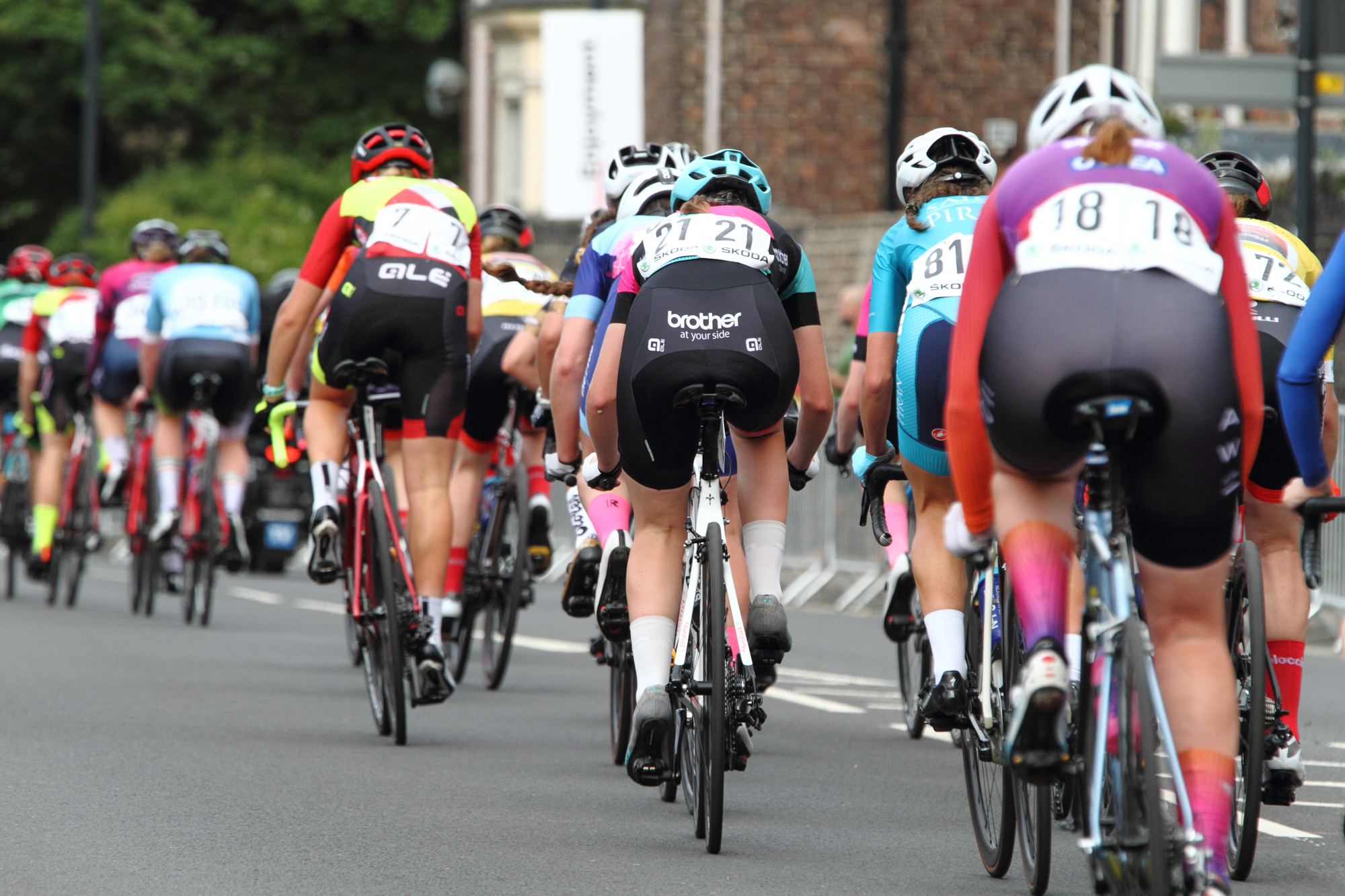 The final round (Round Three) of the 2021 Tour Series takes place on Thursday 12 August in Castle Douglas in Dumfries & Galloway as a part of the CD Bike & Food Festival with 18:00 (women’s) and 19:30 (men’s).  Owing to current COVID-19 guidelines in Scotland, the Castle Douglas round will be ticketed (free of charge) and limited to 3,500 spectators. 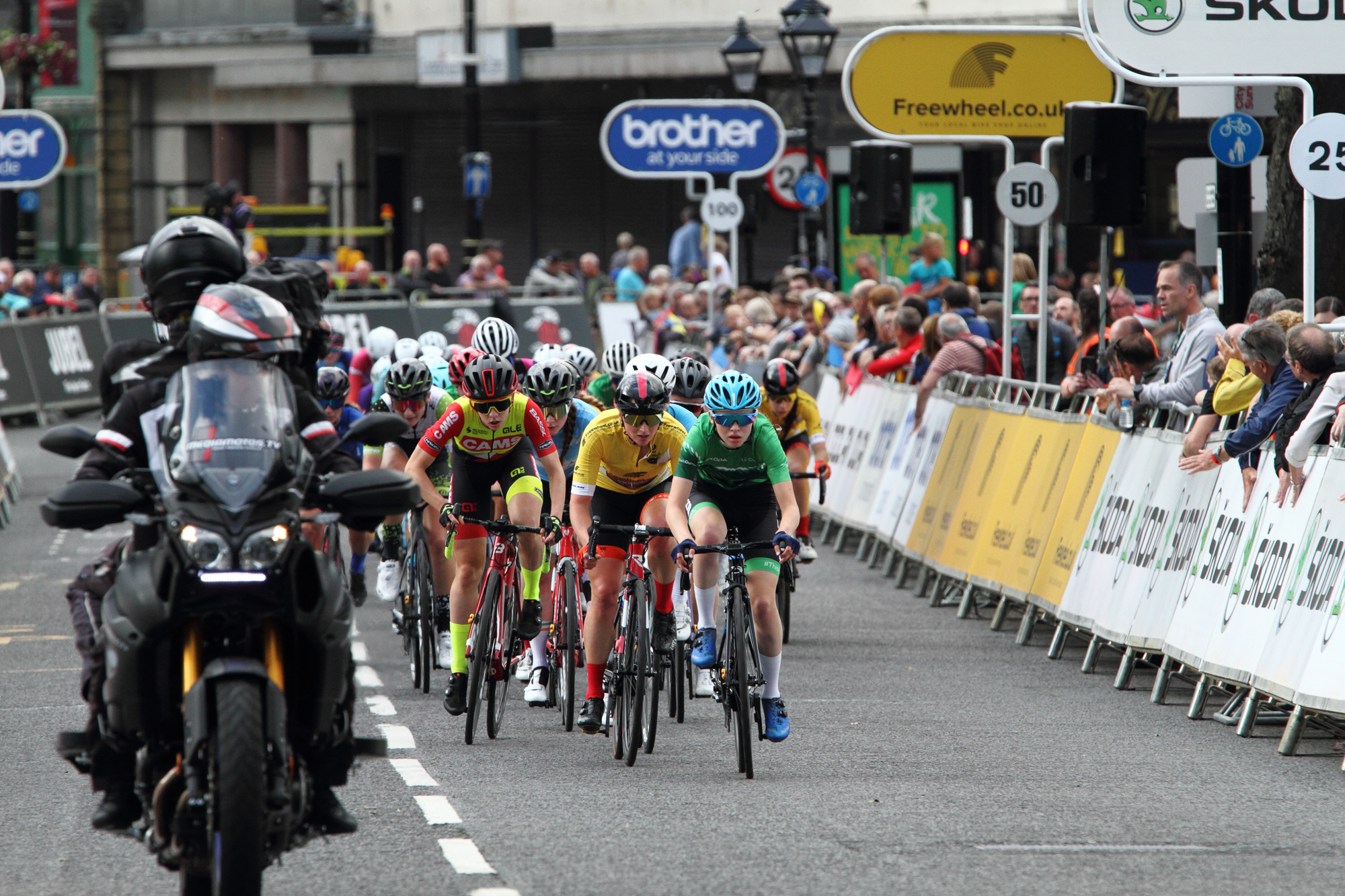 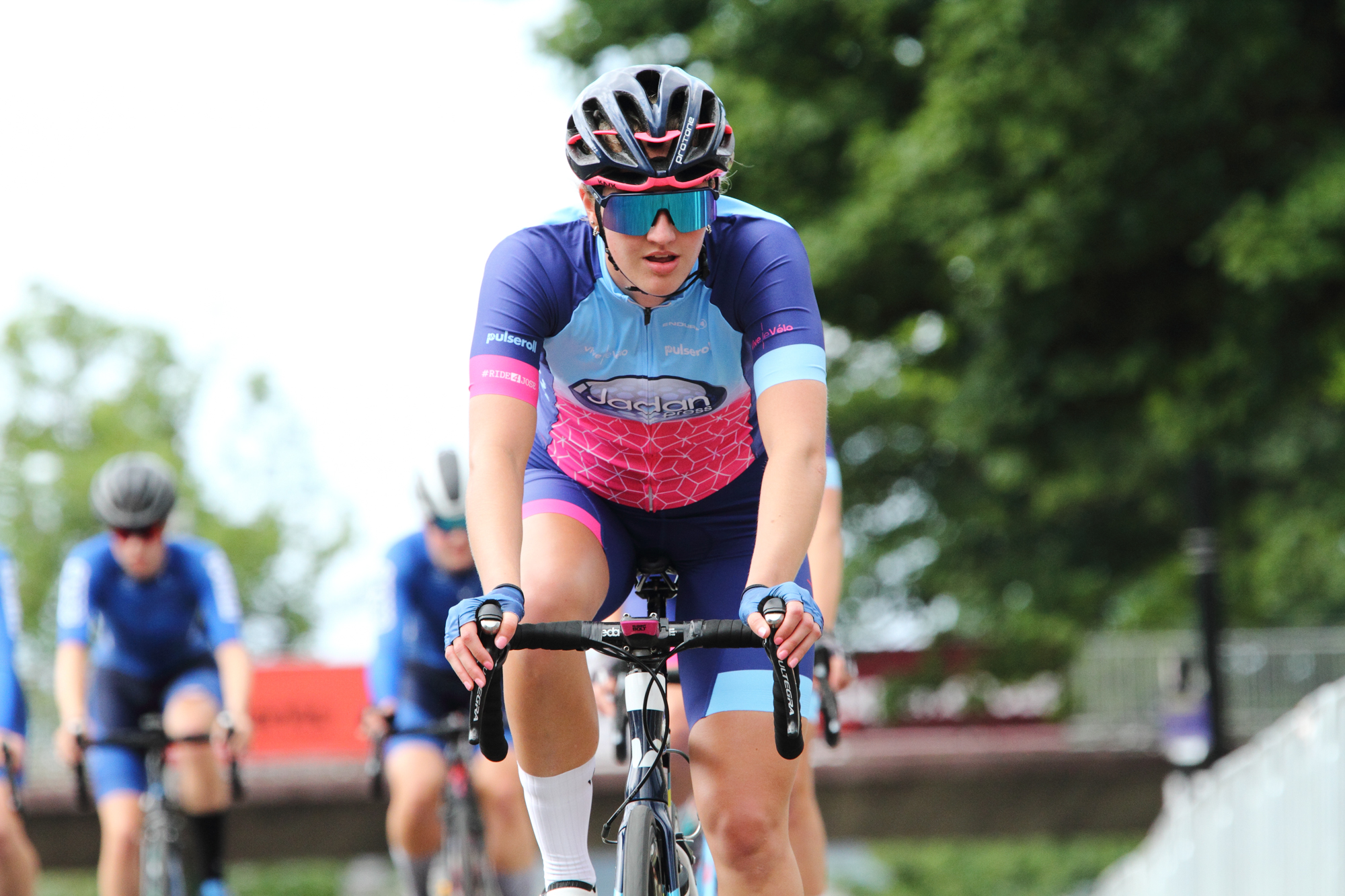 CHAMPIONS CROWNED AT TOUR SERIES DUMFRIES Round 3 of 3

CAMS – Basso and Ribble Weldtite Pro Cycling took the women’s and men’s Tour Series titles at the final round of the 2021 series in Castle Douglas.

Ribble Weldtite Pro Cycling held on to their overall lead despite stiff opposition from defending champions Canyon dhb SunGod, whose dominant performance took them to within one point of retaining their title with the individual race win for Charlie Tanfield as consolation.  The victory was Tanfield’s first since competing at the Tokyo Olympic Games.

Meanwhile 2019 women’s champions CAMS – Basso retained their title, overturning the lead of Pro-Noctis – Redchilli Bikes – Heidi Kjeldsen thanks to a strong performance on the streets of Dumfries & Galloway as Megan Barker took her second individual win of the week.

Jo Tindley (Pro-Noctis – Redchilli Bikes – Heidi Kjeldsen) took second on the night and ensured the runners up spot for her squad, as well as clinching the blue Freewheel.co.uk Sprints jersey.

In the men’s competition it was Guisborough race winner Matt Gibson (Ribble Weldtite Pro Cycling) taking the Sprints jersey, a competition he also won in the 2018 Tour Series.

Gibson’s performance in the Castle Douglas round was key to Ribble Weldtite retaining their Freewheel.co.uk yellow jerseys, with the Warrington-born rider the only member of his five-rider team to make the front group that had been driven away by Canyon dhb SunGod.

Having had their chances of a historic hattrick of Tour Series titles damaged by losing a pair of riders to a crash in Round One in Guisborough, Canyon dhb SunGod knew that they needed to put significant distance and other teams between themselves and Ribble Weldtite on the night.

Full results from the men’s and women’s races in Castle Douglas can be found here.

Highlights of the Castle Douglas races are on ITV4 at 7pm on Friday 13 August with a repeat at 6.55am on Saturday 14 August and available for 30 days via the ITV Hub.

All Images Courtesy of www.chrismaher.co.uk 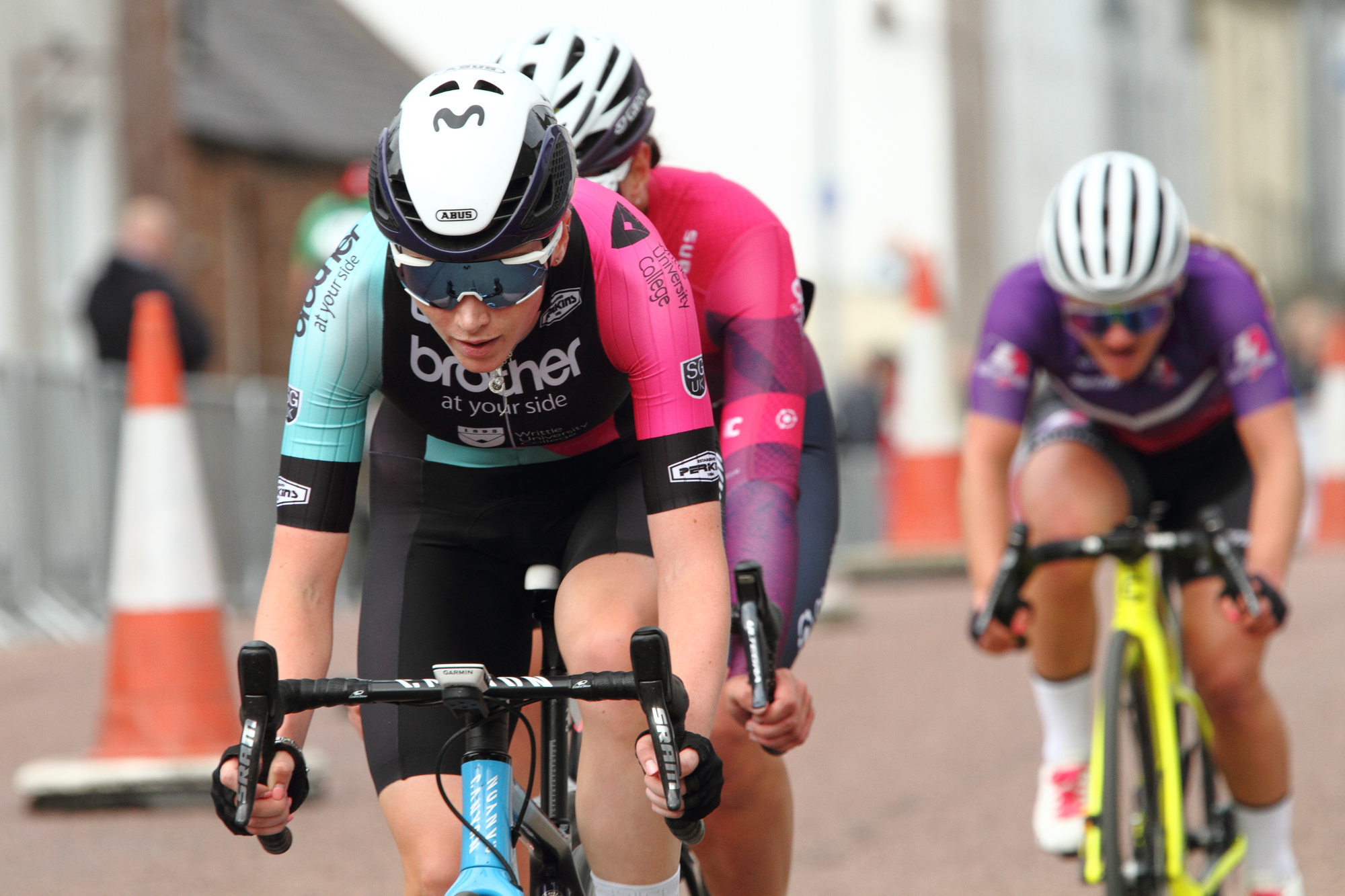 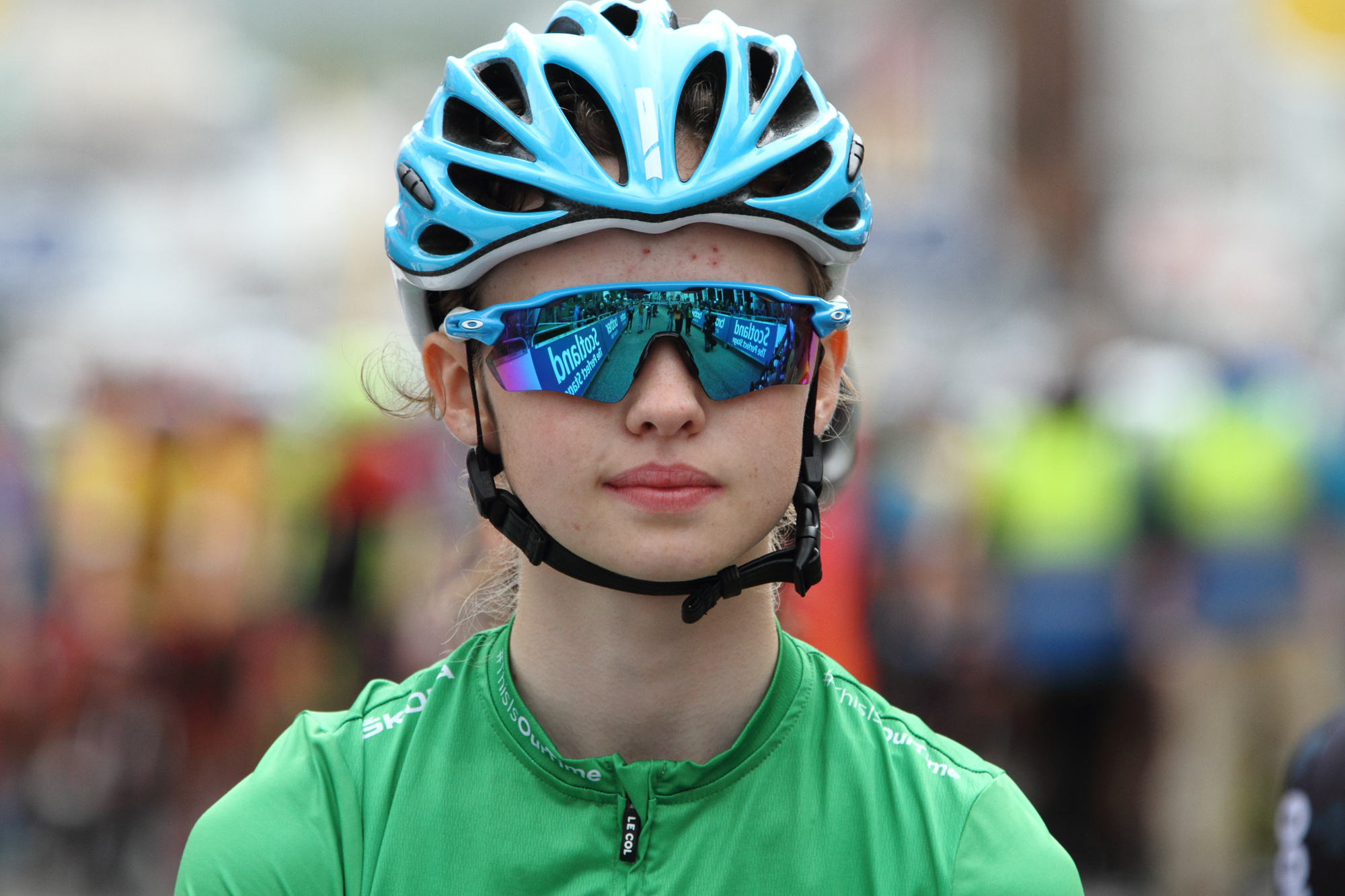 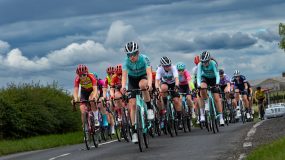 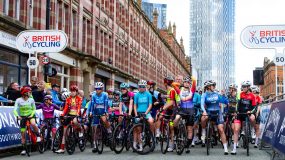