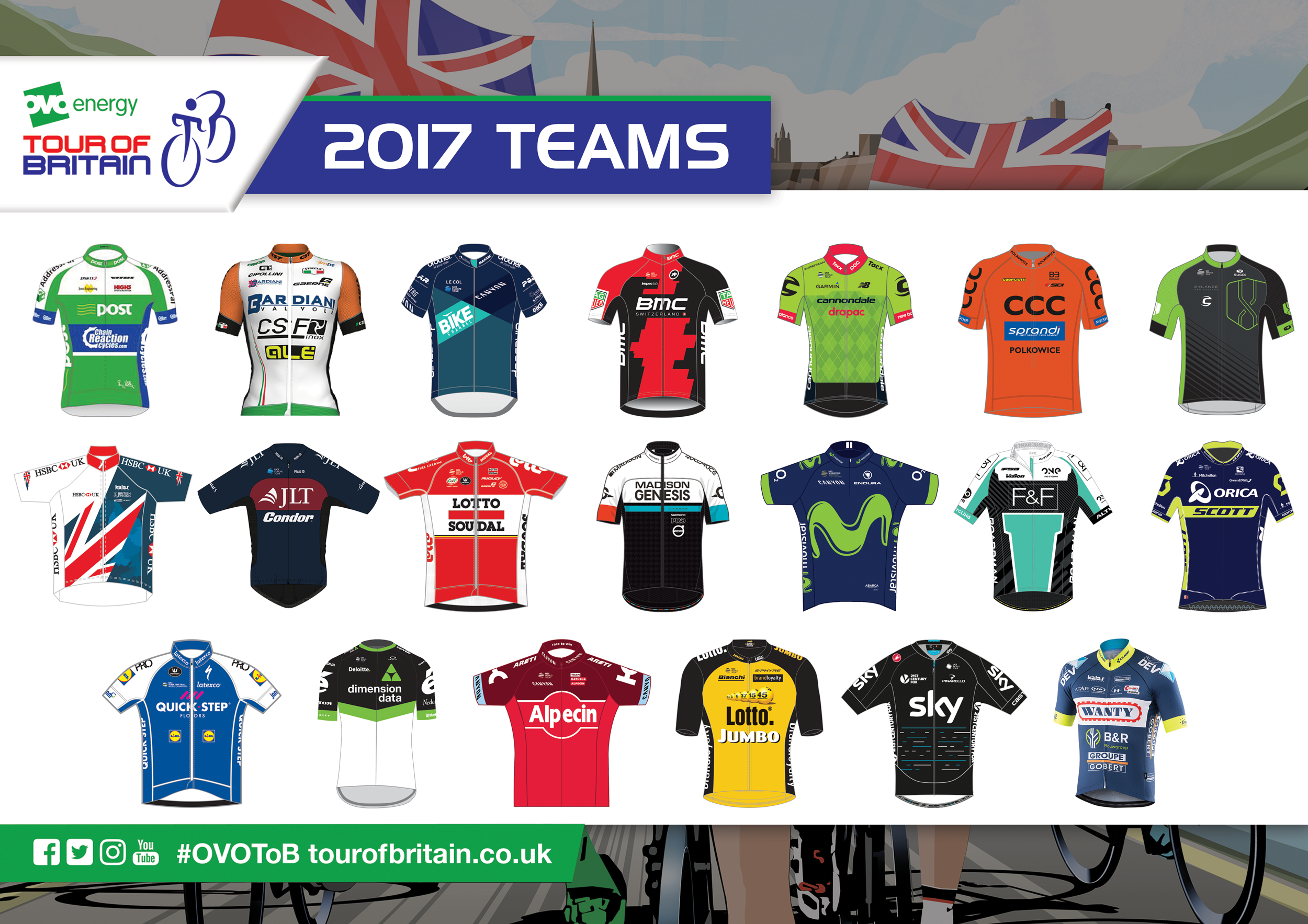 With 120 riders confirmed for this years eight stage race. The OVO Energy Tour of Britain gets underway in Edinburgh, Scotland tomorrow morning at 1030am before meandering down the East-Side of the country and concluding in Cardiff, Wales on Sunday 10th September.

Beamed Live on ITV4 television for the first time with an estimated audience of eight-million, the highlights package later in the evening will be broadcast to a 125 countries.

Mick Bennett, Race Director: “To have Taylor, Dan, Mark, Geraint, Alex and Caleb here at the Press Conference for me is thrilling. I don’t think we have had such a stellar line up. We have three former World Champions, Six Olympians, Twenty-four stage winner from Grand Tours and countless World, European and National Champions and I’m absolutely delighted.”

I’m a long-time supporter of the Tour of Britain and as a massive fan of the British fans, the support we have here – to see it grow over the last – more than a decade doing this, is phenomenal.

I had to miss RideLondon because of my injuries. To get here and race at home is always’s something special. So I wanted to at least try, come out, experience and absorb the atmosphere that’s around the Tour of Britain nowerdays.”

Dan Martin, Quickstep Floors: Also recovering from a recent injury. “I feel fine, I feel good. I had to lay off after the Tour. I’ve only been back on the bike two-and-half to three weeks now, getting going again.

I’ve got a really strong Team here. I don’t know where I’ll be as far as ambitions. The course is really flat this year. As far as the Teams ambitions go, we can be optimistic, aim high and I’ll be part of that”.

Geraint Thomas, Team Sky: I’ve been back on the bike a couple of weeks now. Just looking forward to the race now – Cav was saying – the crowds and stuff are just unbelievable these days, to see how far it’s come.

We’ve got Viviani (Elia) for the Sprints – there’s a lot of Sprinters here, so yeh, It should be exciting.”

Caleb Ewan, Orica-Scott: Last time you were here, you won in London. How’s your form? “ I think it’s all right. It’s been a long season up and till now. I started early in Australia. I’ve had a good break and a really good year, hopefully my form has come on well for this race.

Taylor Phinney, Cannondale- Drapac: “There are a lot of Sprinters and Time Trialists here at the Tour of Britain. How much of an objective is the Time Trial on Stage 5?

Definitely an objective for both myself an Ryan Mullen who’s been targeting this race for a while. For me presonnally, it’s one of my favourite races on the calendar, so I always look forward to coming to the Tour of Britain.”

Alex Dowsett, Movistar Team: The Time Trial roads you must know quite well? “ Yeh, it’s close to home. I’ll have lots of friends and family out, which will be good. I went and looked at the course the other week. It’s nice, a good one for me.” 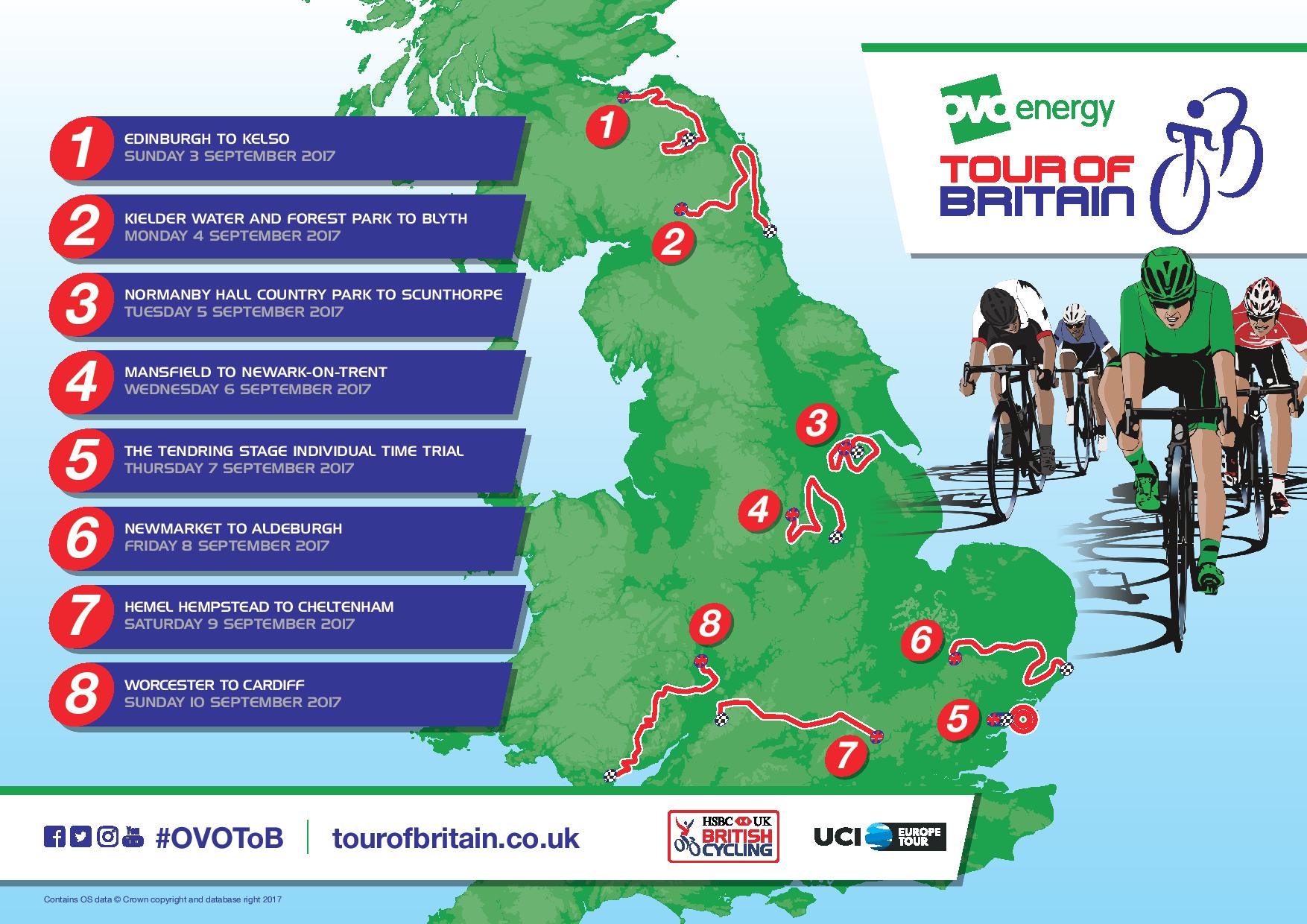