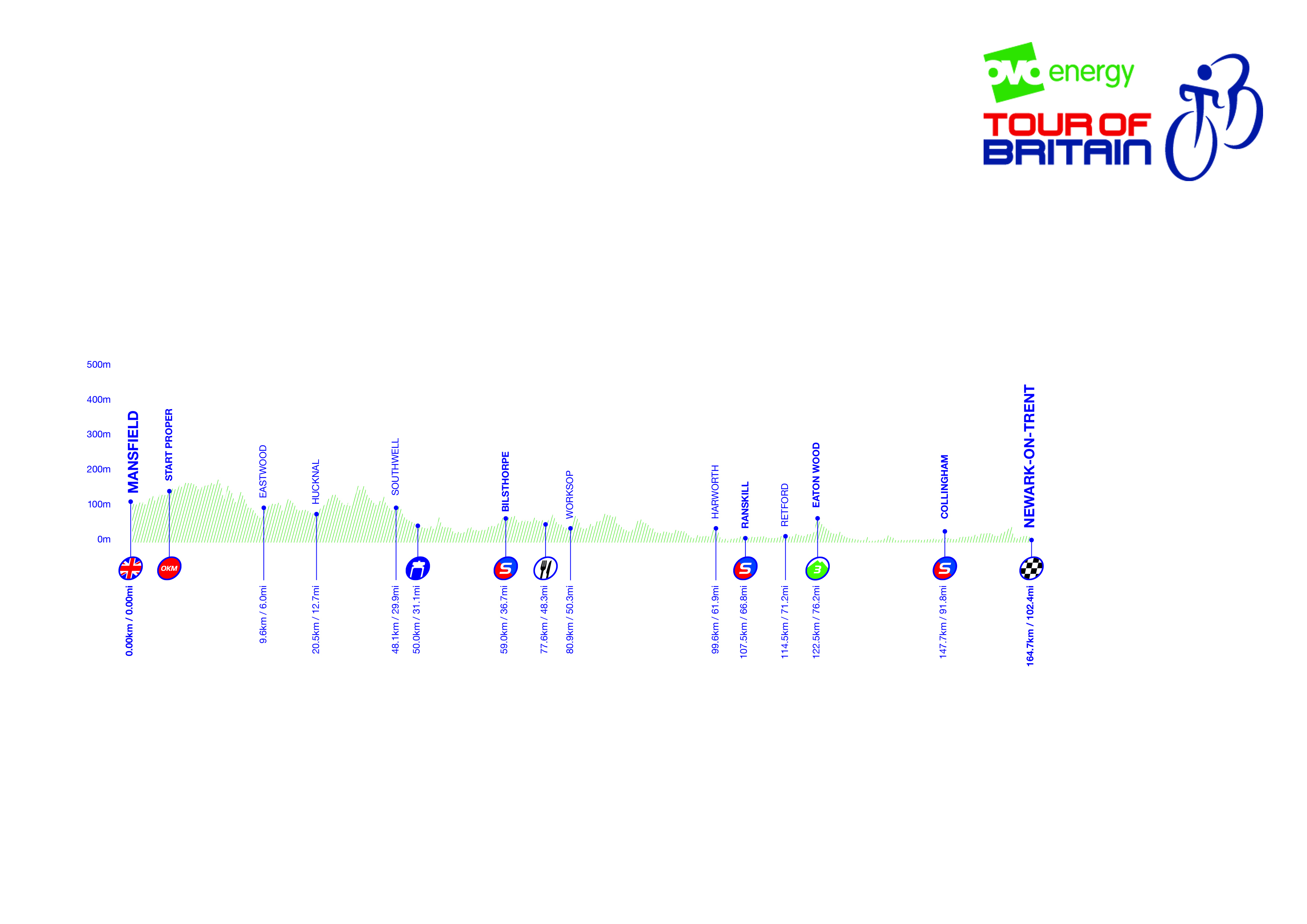 Gaviria wins as Viviani retakes OVO Energy Green Jersey
Fernando Gaviria stormed to victory in the fourth day of the OVO Energy Tour of Britain in Newark-on-Trent as the sprinters continued to dominate the 2017 edition of the race.

Second place behind Gaviria at the finish alongside Sconce and Devon Park in Newark was Team Sky’s Elia Viviani, who retook the race lead thanks to time bonuses, moving ahead of Caleb Ewan on countback.

“I came here after a leg injury, so I’ve been missing a bit of condition and form, but day after day things went better and today I felt good and could take advantage of this”, said the 23-year-old Colombian, going on to praise his team’s efforts in helping him to his second career victory in Britain.

“The boys were spectacular! Philippe protected me going into the last ten kilometres, then Zdenek and Max took over and guided me in the final. I’m happy I could repay them by taking the stage and I hope to get other good results before the Tour of Britain will come to a conclusion.”

Viviani returns to the lead of the race, which has so far swapped between himself and Ewan, as the Australian finished fifteenth and missed out on the time bonuses for the top three.

“For sure it’s good to have the leader’s jersey back on the shoulders,” Viviani told TeamSky.com. “I’m disappointed because it was a really, really close sprint – but with one of the best sprinters in the world – so it can be a good second place.”

The Italian also retakes the lead in the Wiggle Points classification, two-points ahead of Alexander Kristoff, who has finished inside the top five on all four stages so far.

While the sprinters may have prevailed on Stage Four, their teams had to work harder for it than on previous days, with the escapees who had broken away on the Nottinghamshire stage only been caught with three-kilometres to go.

With 20-kilometres of the Nottinghamshire stage remaining, the leading group of five still had two-minute advantage, but with the sprinters teams applying pressure the gap began to fall with the catch eventually coming on the edge of Newark.

The advantage though had been enough for An Post Chain Reaction’s Jacob Scott to win the points at the sole SKODA King of the Mountains climb at Eaton Wood after Retford, moving him a point clear of Graham Briggs and into the lead of the best climber’s competition.

Briggs did however hold onto the Eisberg Sprints jersey, partnered by leading alcohol free wine brand Eisberg, but now has a slender advantage of just one-point over Mark McNally, after the Wanty Groupe Gobert rider made the most of his day in the breakaway to secure all three Eisberg Sprint victories.

The day’s second Eisberg Sprint at Ranskill also proved important as Madison Genesis’ Richard Handley picked up third and with it a one-second time bonus, moving him above Chris Lawless as the Best British Rider, sponsored by Suffolk brewer Adnams.

Stage Five of the OVO Energy Tour of Britain takes place in the Tendring district of Essex, with riders facing an individual time trial over a classic British distance of 10-miles / 16-kilometres. Graham Briggs, wearing the Eisberg Sprints Jersey will be the first rider away at 12:01, with race leader Elia Viviani the final rider off at 14:04. Live coverage begins on ITV4 at 11:45. 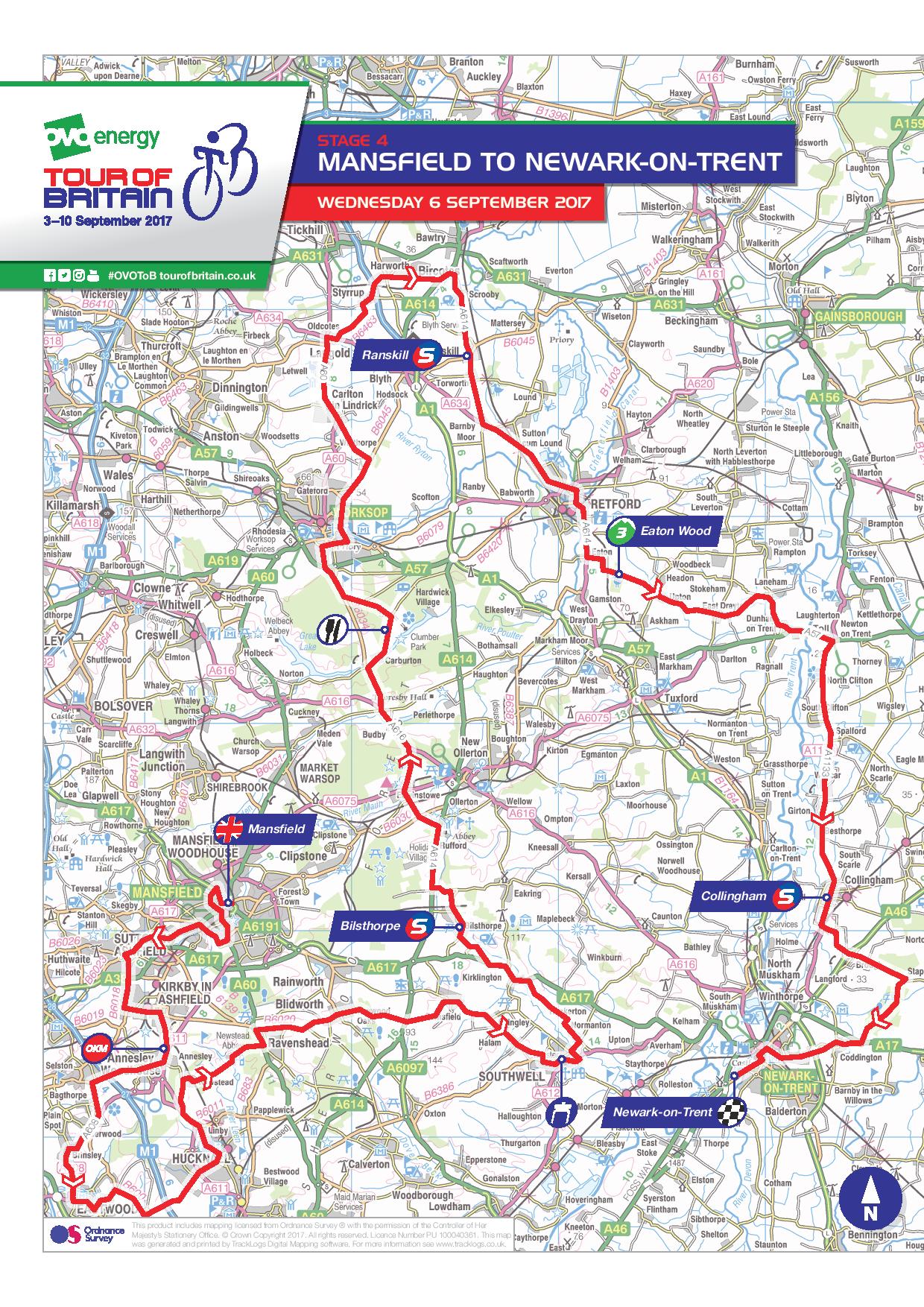