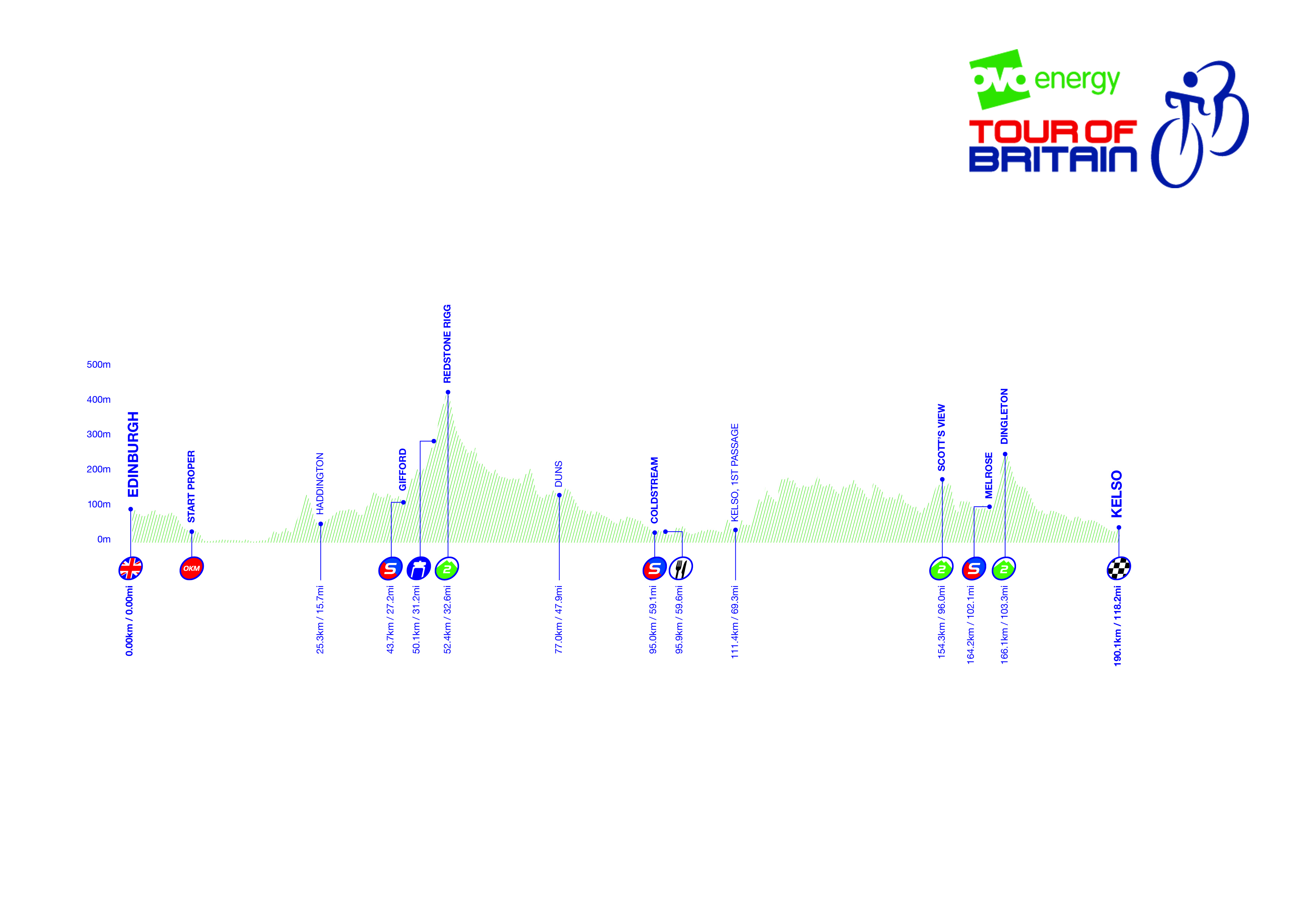 Caleb Ewan started the 2017 OVO Energy Tour of Britain off where he ended the previous edition, standing atop the podium as a stage winner, having taken the victory at the end of the 190-kilometre opening leg between Edinburgh and Kelso in the Scottish Borders. 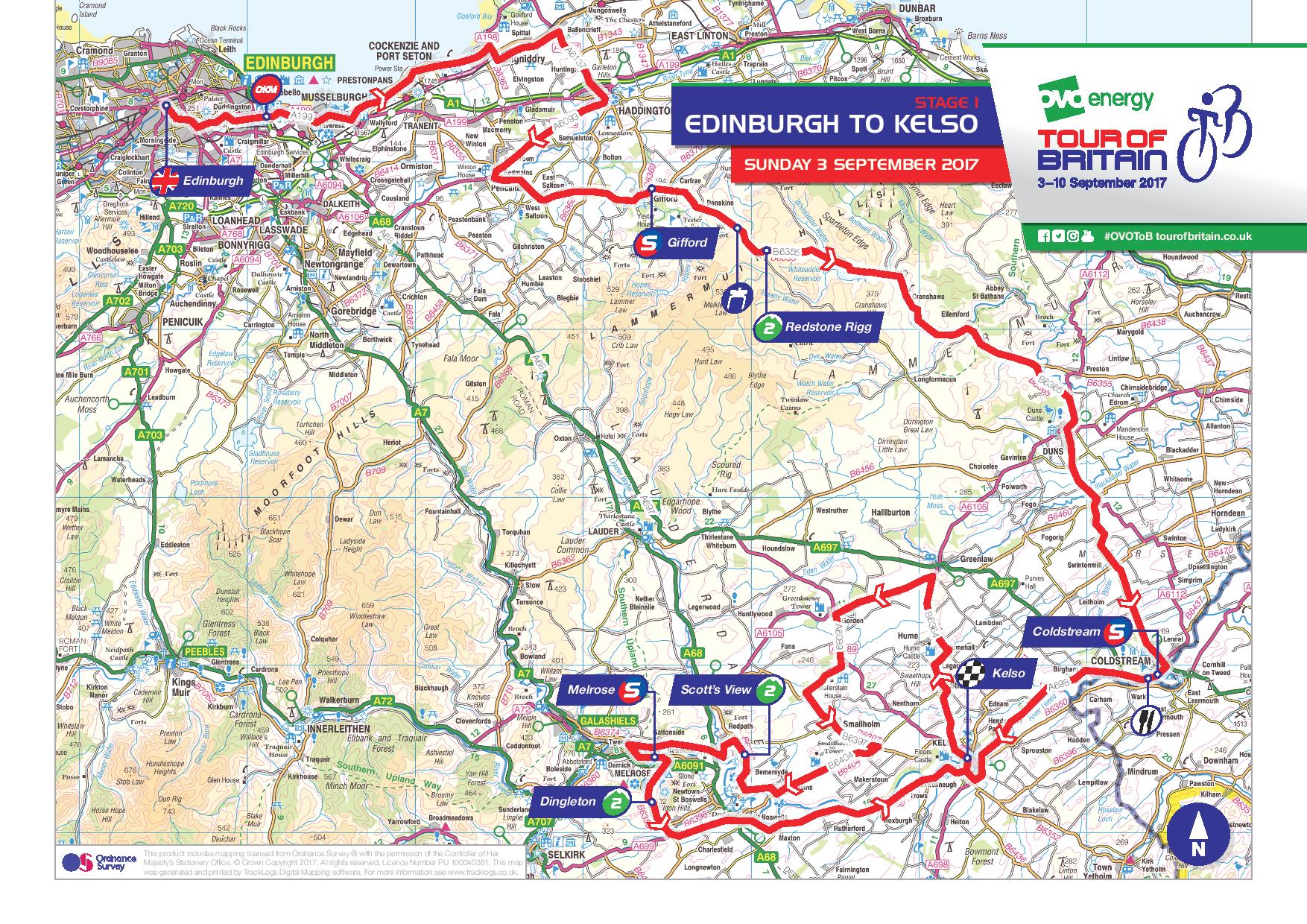 The 23-year-old Australian rounded out the 2016 edition with the stage win in London, and starts this year’s edition with victory on day one in Kelso’s Market Square, and with it the first OVO Energy Green Jersey of the race, plus the Wiggle Points Jersey.

“When I crossed the line I was pretty confident that I got it”, said Ewan speaking afterwards. “I know it was pretty close, but I thought I had got it. Then I saw all the cameras go around Eddy and I thought hang on a minute. When it is that close you just don’t know, and I saw Viviani as well round the outside. I was definitely happy to learn that I had won.

“It was a pretty tricky finish, because of that tight corner, and obviously the cobblestones at the finish. We definitely wanted to be in front when the cobbles started. Luka had to get me out in front with about 200m to go. Because of the six men teams, you can’t go too early, because you will just run out of guys.

“The boys did very well, I can’t complain about the lead out. I just had to sit there and get taken through the tricky parts.”

The stage win and time bonus gives Ewan a three-second lead over Boasson Hagen – who picked up one-second at the day’s final intermediate Eisberg Sprint in Melrose – with ONE Pro Cycling’s Karol Domagalski a further second behind.

The Pole had been part of an eight-rider break – surviving a brush with the Madison Genesis team car – before striking out with compatriot Lukasz Oswain as the break were reeled in. The pair were caught at the foot of the final SKODA King of the Mountains climb of the Eildon Hills, but Domagalski had done enough to claim the Eisberg Sprints Jersey, with Oswain taking the SKODA King of the Mountains jersey after Stage One.

Stage Two of the OVO Energy Tour of Britain takes place in Northumberland, resuming from Kielder Water and Forest Park at 10:15, with live coverage on ITV4 from 10am. The stage finishes in Blyth on the Northumberland coast, where Fernando Gaviria won in 2015.

Highlights from the opening Scottish stage of the OVO Energy Tour of Britain will be on ITV4 at 10pm on Sunday evening (3 September) with a repeat the following morning.