Thomas Voeckler switched to Direct Energie for this years UCI Professional Peloton. Having already completed forty-two days of racing so far in twenty-sixteen – reflects back on the final days proceedings in a question and answer session after his much deserved TdY victory. Finishing third in the inaugural TdY last year, he is riding his sixteenth season with a view to wining a stage (or two) in this years Tour De France in his own inevitable gutsy style. Having gone through a dry-spell of recent years, Voeckler couldn’t of wished for a better early season program, claiming his first stage win back in February at the Tour La Provance, including the GC too.

Q: Talk us through the final kilometer with Roche. Were you confident of beating Roche in the sprint.

R: No, not confident – but I knew I had a chance, but Nicolas Roche is pretty fast in the sprint – but the other rider Turgis is also.

Instead of playing with each other in the last kilometer, I said to Roche, ok, lets ride together and we will see in the sprint – but I wasn’t sure at all to win.

Q: What went through your mind in the final moments.

R: I was really focused. My legs were hurting, but I made the most of my experience. The last four kilometers were the same. I didn’t know the final climb, but my DS went on a recon, and we studied photographs of the climb. I didn’t feel best on the climbs today, but strong on the flats.

Q: How tough of a day was today. I (Press) have spoken to Luke Rowe, and he likened it to a Classic.

R: It was a taste of a Classic. I had studied the Tour de Yorkshire road book beforehand and concluded the third day would determine the race outcome – adding the wind, the rain this morning, made it a tense race.

If I had been a rider for Sky today, then probably I would not of wanted to be for sure, because it was a very hard to control the whole race.

Q: Sky had strength in numbers towards to end. Were you thinking about how to defect them, or just let the race develop and base your decisions on that.

R: Yeh! With so many Sky riders in there, It was important not to attack too early – and that’s something I like to do. But today, I had to keep calm and not take-off too early.

Q: You are very popular in Yorkshire – are you aware of just how popular you are amongst fans and people on the road side.

R: Yes! I was popular after last year – and last year I felt bad because I was often cheered more than the British riders – so I wasn’t surprised how popular I was this year. But it’s amazing, so amazing.

I’m popular in many countries around the World, but here it’s impressive! It’s like a Tour de France stage from Rhone (the place Thomas lives). I’m not saying that because you are (Press) here, It’s true. I really feel it. To see my name written on the road or banners held by children, it really touches me. I’ve been a rider for sixteen-years.

Q: What is your program now.

R: I am probably the rider with most days racing since January in the peloton. Forty-two days. It’s time for a break. I would of liked to be doing the Four days of Dunkirk.

Next it’s the Tour of Belgium, the Route du Sud, the French Championships, then the Tour de France, where my team has nicely been invited. 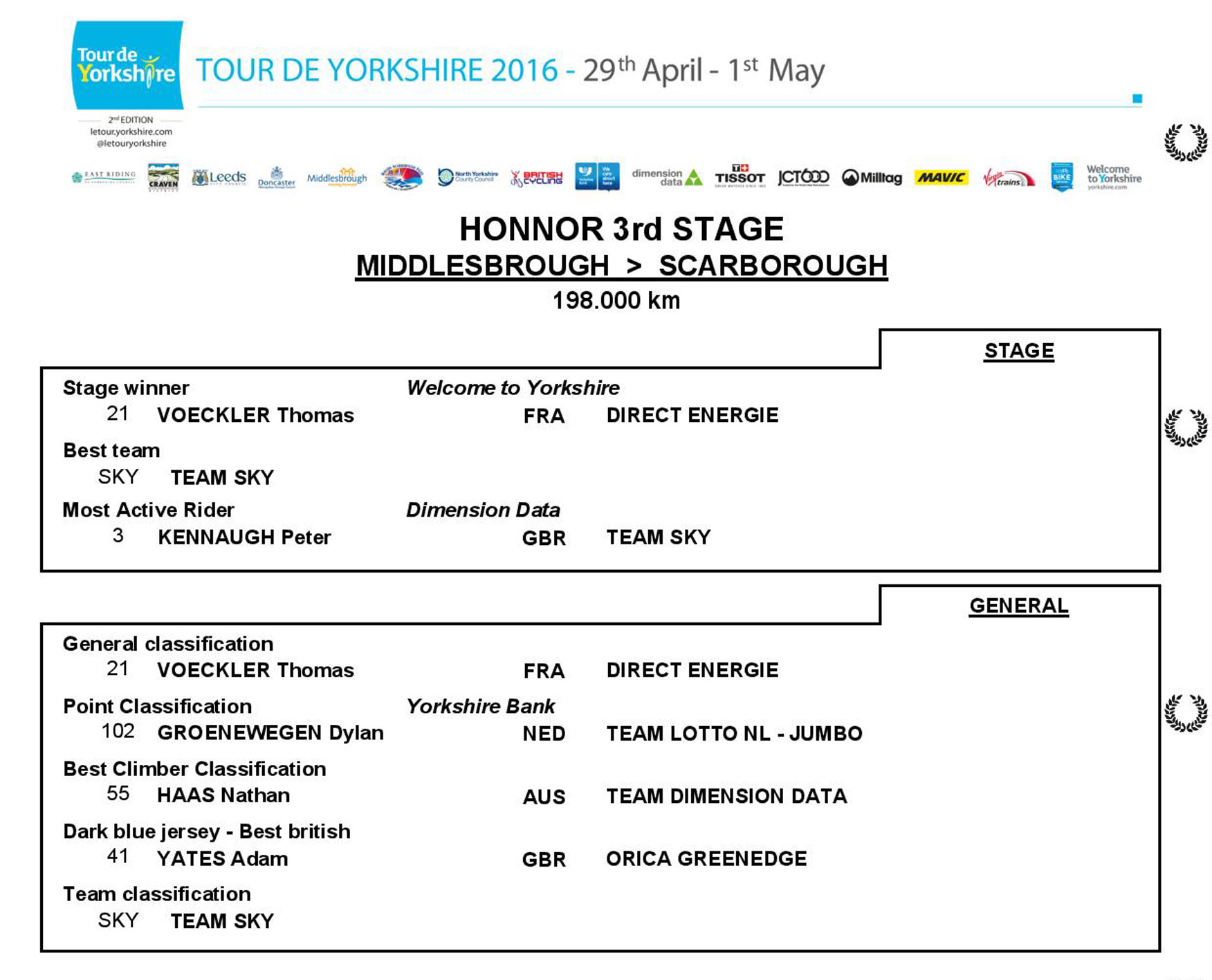 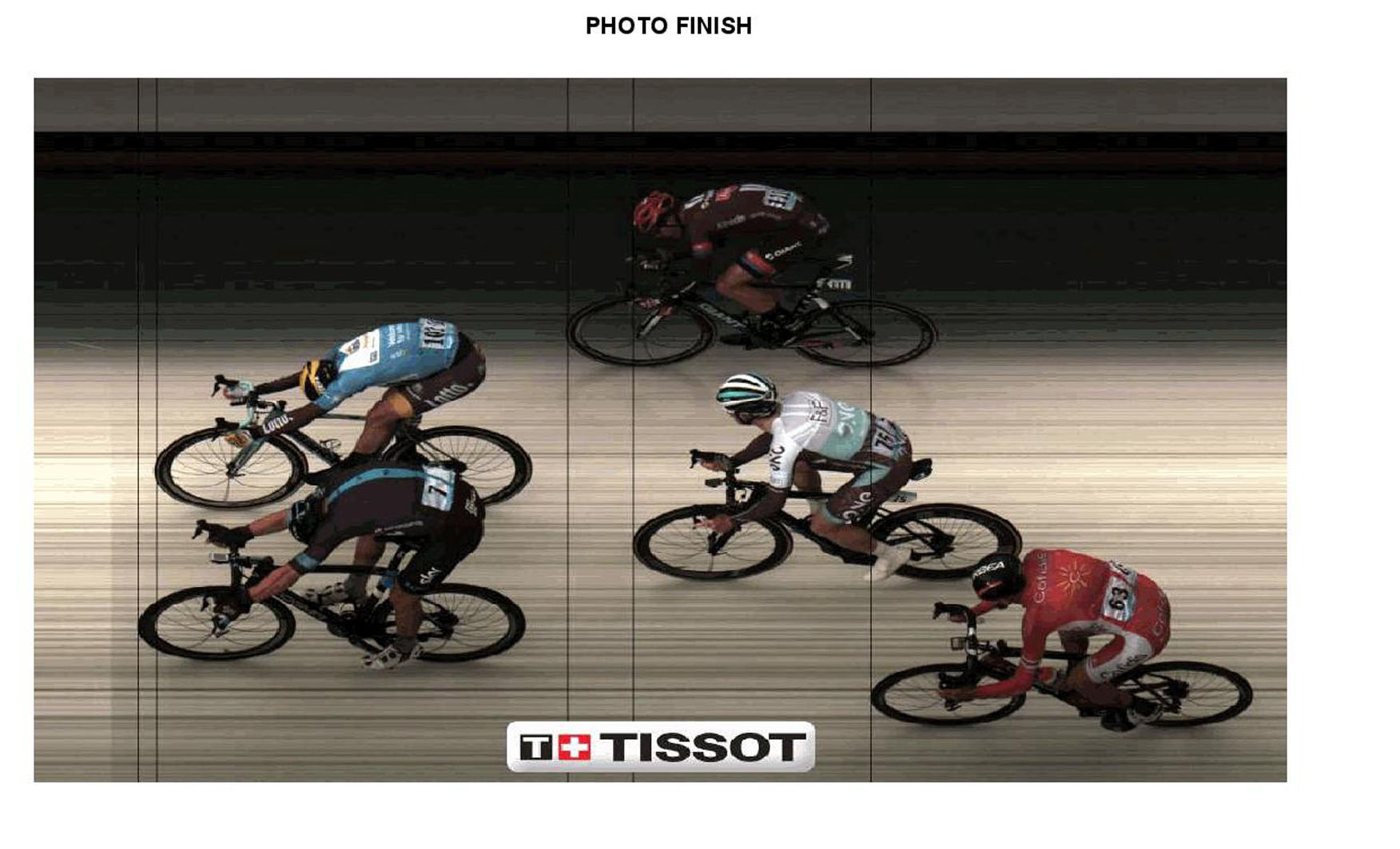 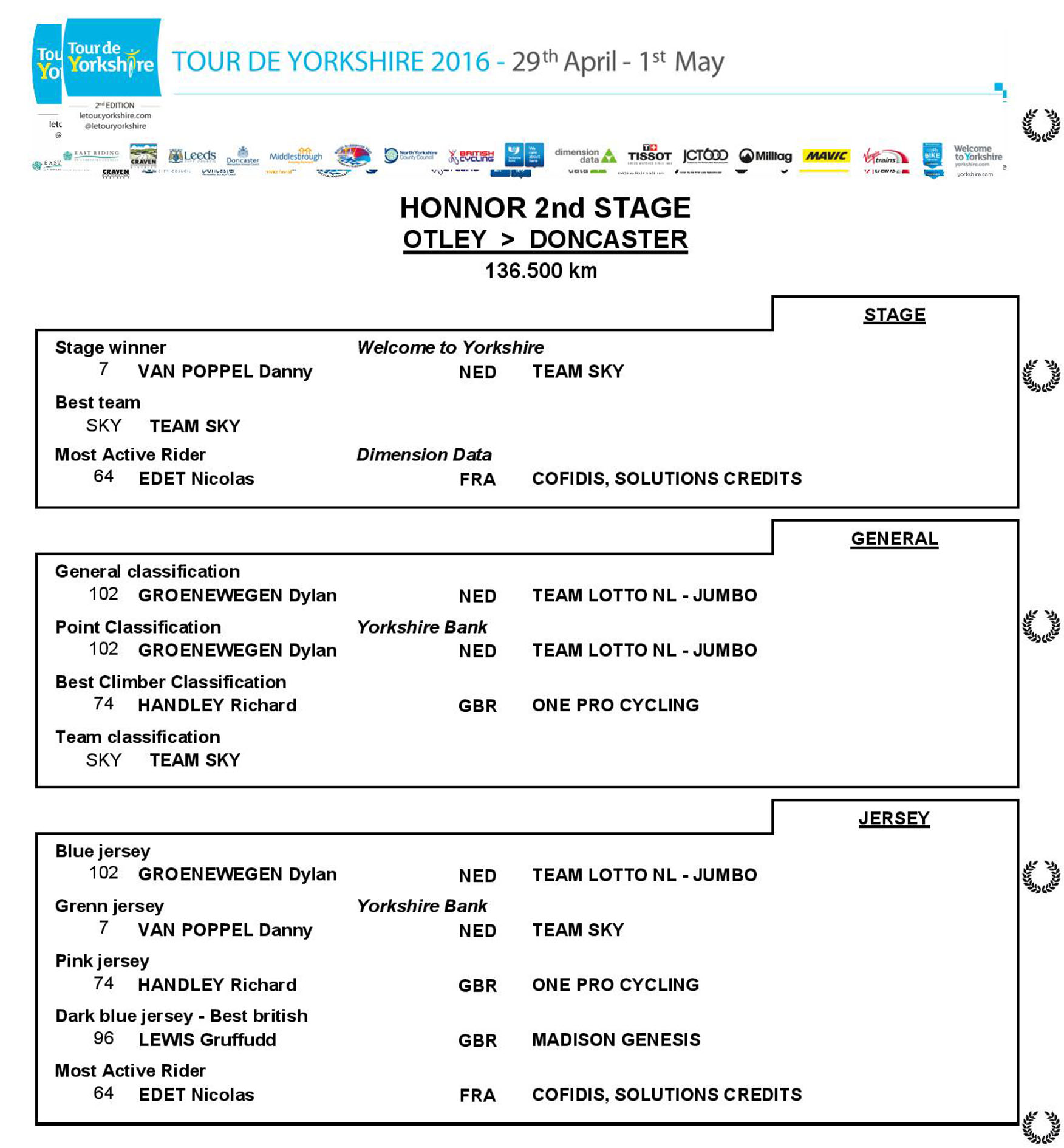 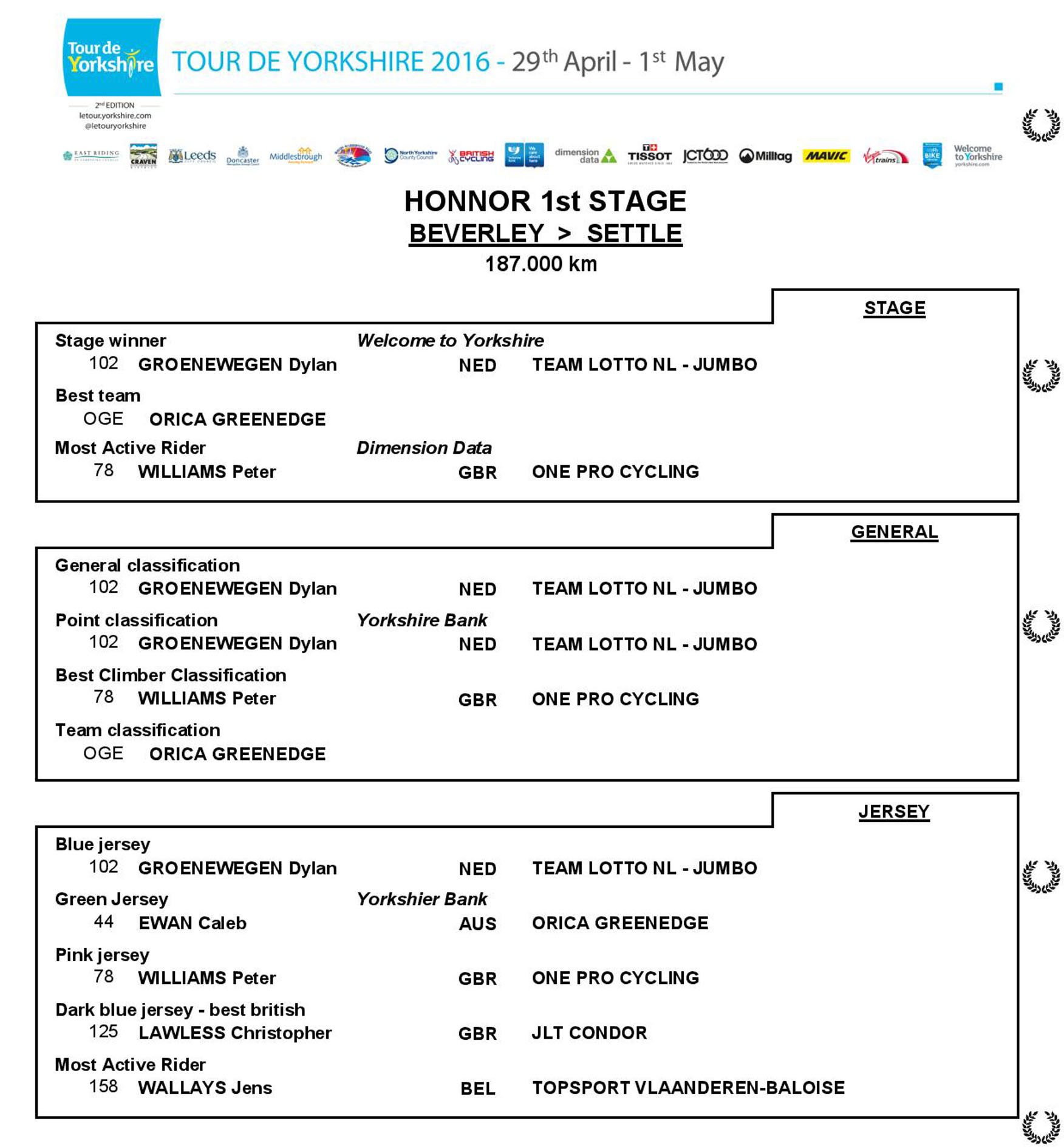 Hitec Products Kirsten Wild won the bunch kick in the Asda Women’s Tour of Yorkshire. Setting off in beautiful sunshine from World Champion Lizzie Armitstead’s home town of Otley, there was a small break from the off. Cylance Pro Cycling’s Doris Schweizer gained around two minutes lead by mid way, before been swallowed back with a group of four going away. The tail wind took its toll on many riders as the race ran at a high average speed. Running back into Doncaster, Armitstead had gained a small lead and looked set to possibly take another win in 2016, but the block head wind proved too difficult as the peloton reeled her back and the scene was set for a bunch sprint. Wiggle High5’s Lucy Garner came a close second with Team LIV Plantur’s Floortji Mackau finishing third. 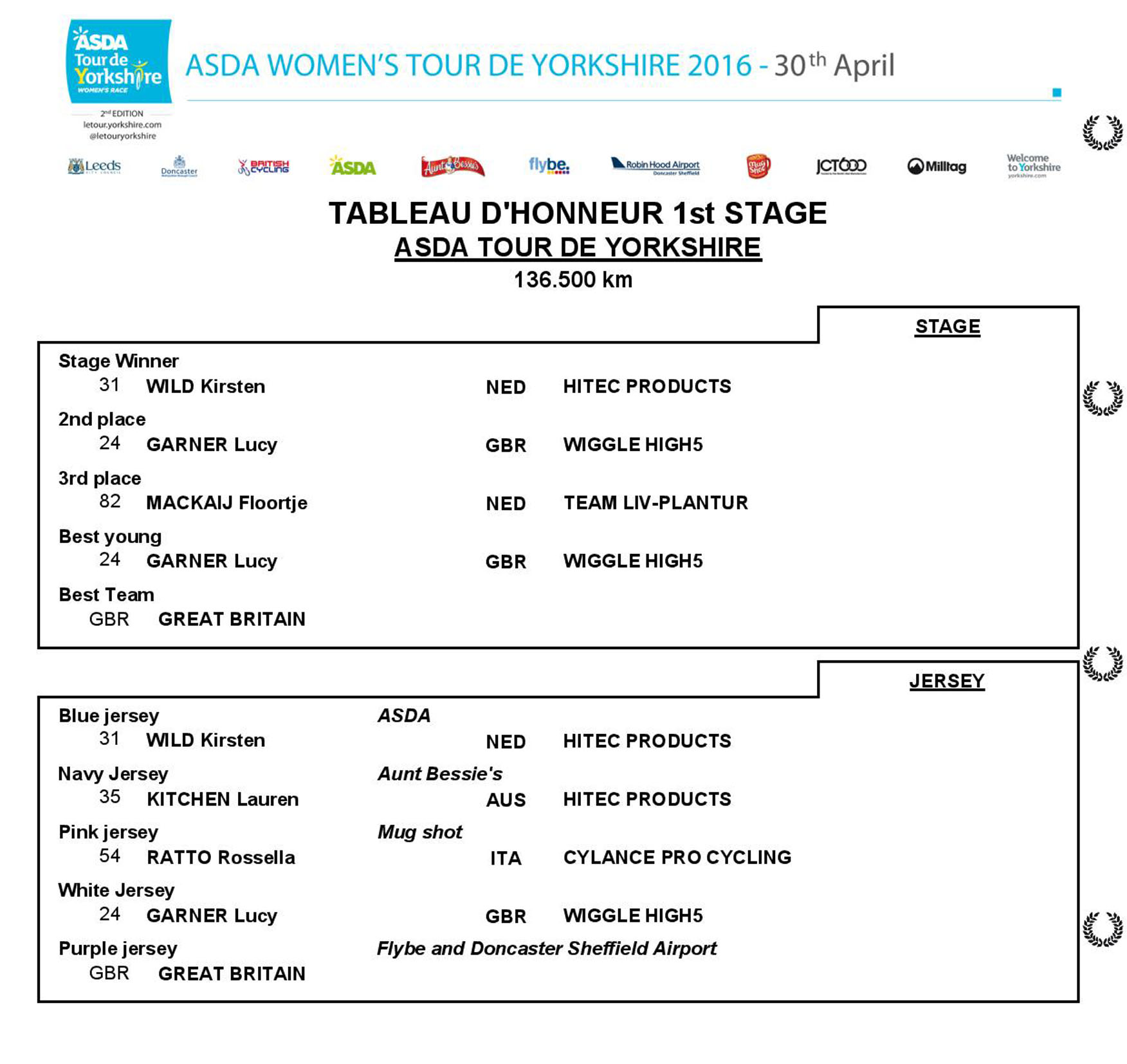 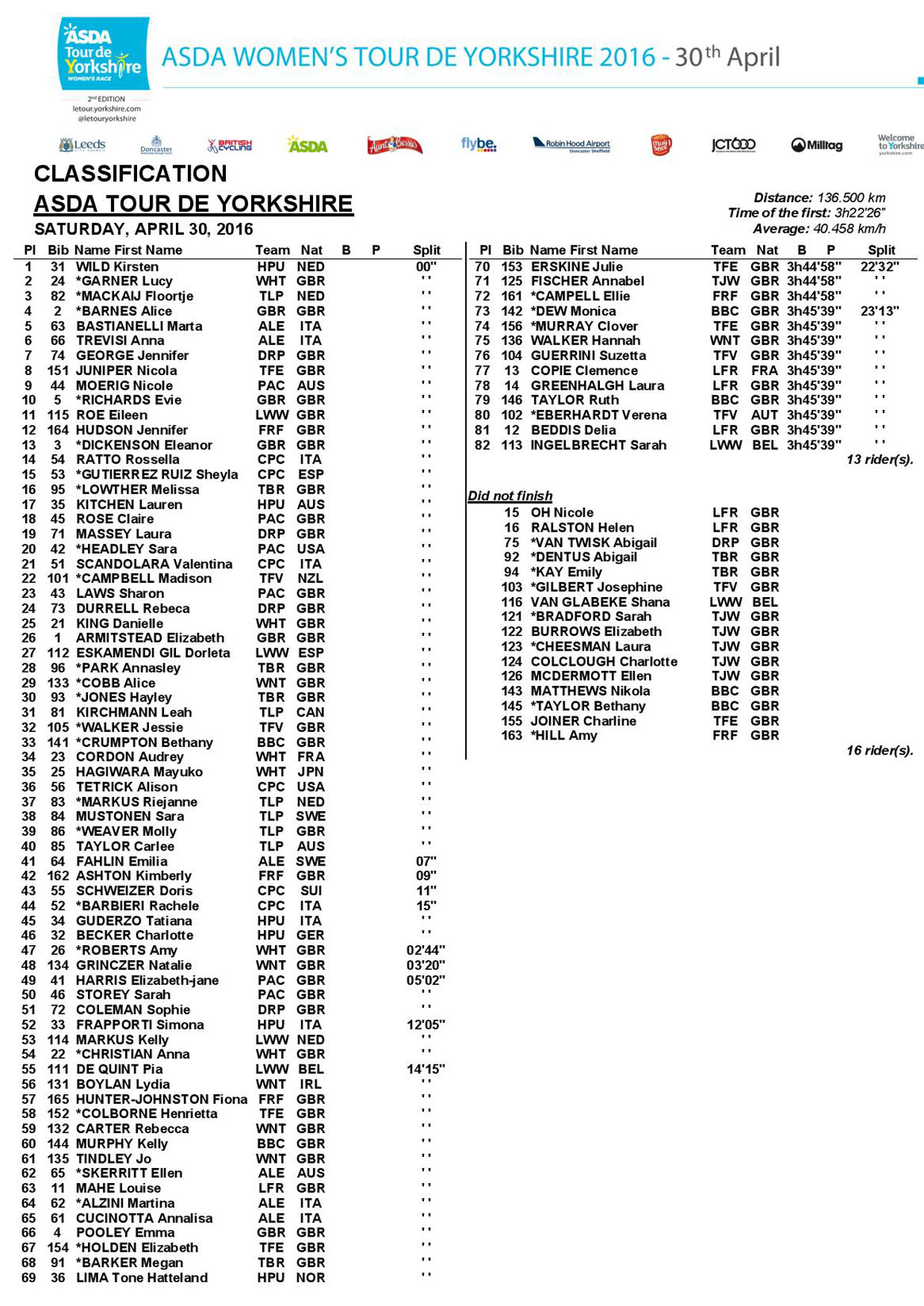