Getting ready to go! Stage 3

Ben Hermans solo’s to victory in Leeds on the final day of the inaugural Tour de Yorkshire.

Ben Hermans solo’s to victory in Leeds on the final day of the inaugural Tour de Yorkshire.

BMC’s dream of edging the might of Sky from overall victory came to nothing through-out the course of the day. Placing three men, Hermans, Greg Van Avermaet and  Samuel Sanchez in the final break, the twenty strong group also contained race leader Lars-Petter Nordhaug.

Nordhaug’s slender ten second lead in the general classification after stage two sought the protection of Philip Deigan and David Garcia Lopez. Sky had controlled the pace through-out the day, but with everything still to play-for, there was still time for all the top riders to play their cards. Thomas Voeckler, Europcar, found himself isolated with-in the group and with time running short, so where their chances.

The day had got off with a small group going away. Six categorised climbs and two sprints with time bonuses where all that was left of this five-hundred and fifteen kilometre race. With no real flat surfaces to talk about today, this was the hardest stage in this years event.

The momentum of the lead group began to falter running onto the Cote de Goose Eye, and Craddock set-about his charge to the finish. Being the strongest of the early break-away, had gained over four minutes by the top of the climb.

Bibby over the Cote de Scapegoat

Joined by Edet, the two-some went through the first sprint of the day in Ilkley before reaching the penultimate climb, the Cote de Cow and Calf. Everyone-else had been consumed by the peloton. A small dig by IAM Cycling’s Sondre Holst Enger neutralised the final one second bonus before local lad Joshua Edmundson, Team GB charged up the climb. The lead now reduced to under three minutes.

This was the last chance for any would-be assailants to challenge Nordhaug, and Sanchez tried his best for the up-hill sprint and one bonus second on-offer.

The final dice was rolled when Hermans set-about his time trial to the finish-line. With little under ten kilometres to-go, Sky kept the chase pace high, but no-one had anything else to give. Hermans caught Craddock with only five kilometres remaining, and held his-own right up to the line.

The chasing bunch where only one-hundred meters behind, and team-mate Van Avermaet took the glory. Nordhaug had saw the bonus points eaten-up, and rolled-over in sixth place. His team-mates that had kept him safe all-day, were just off the back of the bunch. Craddock who had been away most of the day with Edet, lost only a minute or so, in twenty-second place. 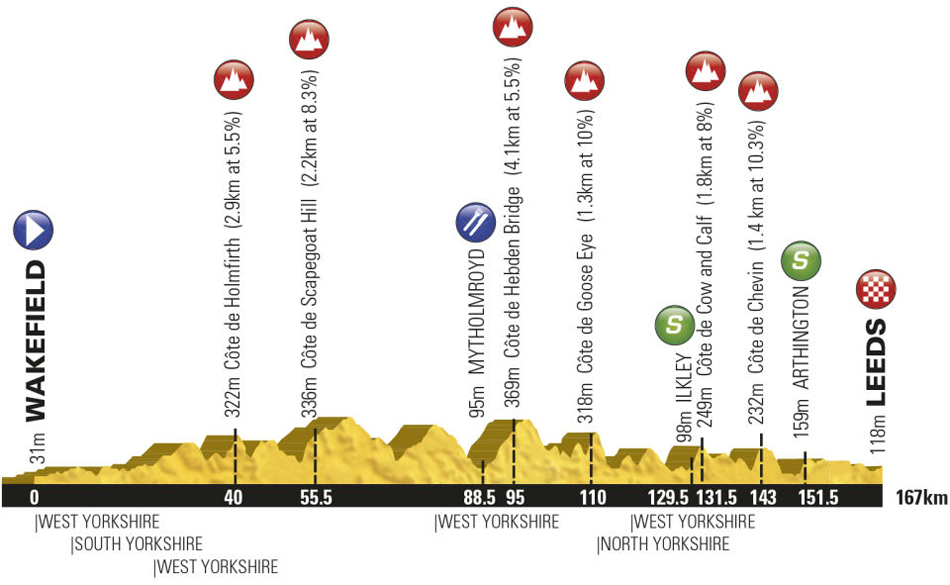