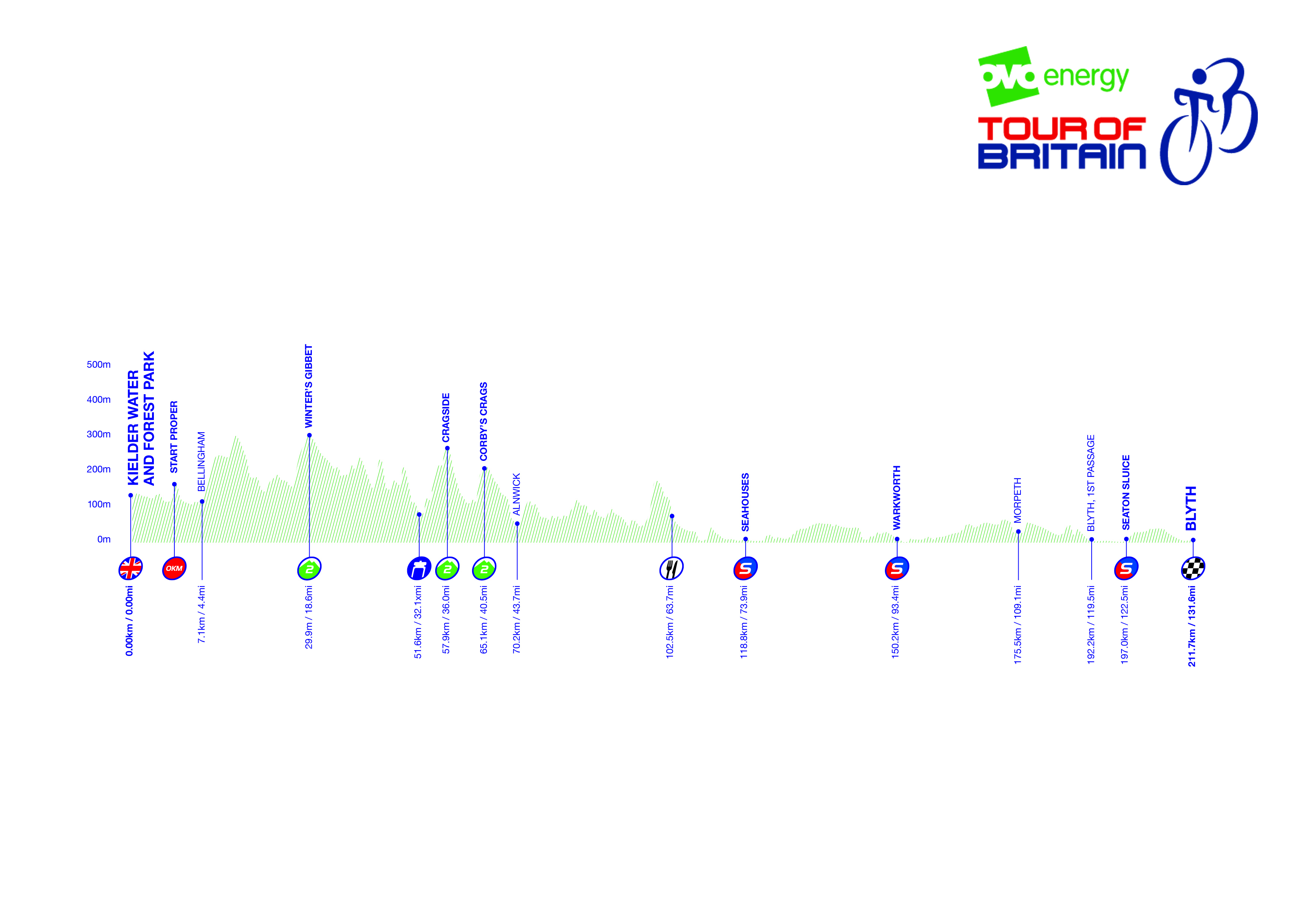 Elia Viviani took his fifth stage win in the OVO Energy Tour of Britain, but not without controversy as Edvald Boasson Hagen was initially declared the winner, before being disqualified for deviating in the sprint.

Viviani had crossed the line second behind the Norwegian, but Sky lodged a protest after the Dimension Data rider moved to his left in the sprint and was adjudged by the race jury to have impeded the Italian.

Following much deliberation, and Boasson Hagen initially appearing on the podium, the decision was overturned with him being relegated to the back of the main field and the victory, and OVO Energy Green Jersey going to Viviani.

“I was feeling really good yesterday, but I was disappointed as the guys did a perfect job yesterday on a very technical finish and I finished only third,” said Viviani.

“I really wanted to win today and we did a really good leadout with Kwiato, Kiry, G and Tao – who worked all day. Owain put me on Boasson Hagen’s wheel in the final which was perfect and what we talked about this morning in our meeting, to be in second or third place going into the sprint.

“All the team deserve this win and I hope to win again in the next few days too.”

Boasson Hagen was conciliatory after the finish, acknowledging that he had unintentionally moved across on the run to the line in Blyth.

“I know that I closed in Viviani but it wasn’t on purpose”, he said. “I was just sprinting for the line with my head down and when I looked up, I was too close on the left side with Viviani on my inside. It’s really a pity after all the hard work the guys did today. However, we will keep fighting and try to go for it again tomorrow”.

Viviani now leads the OVO Energy Tour of Britain by four seconds from Stage One winner Caleb Ewan, with Boasson Hagen a further three seconds in arrears before Karol Domagalski and Silvan Dillier each an additional second back.

Once again the day’s racing was shaped by a breakaway group, this time of seven riders, with Madison Genesis’ Matt Holmes initiating the action straight away at the 0km mark, once the race had rolled away from the spectacular location of Kielder Water

Among the riders joining Holmes were two of Stage One’s escapees, Lukasz Owsain and Jacob Scott, with the pair ending the day tied on points for the SKODA King of the Mountains classification, but the jersey changing hands from the former to the latter at the day’s end.

Graham Briggs used the opportunity of another day in the break to pick up points at each of the three intermediate Eisberg Sprints, drawing him level with jersey wearer Domagalski going into day three.

Having started the attacks in the Northumberland National Park, once the race was heading down the counties coastline into Blyth it was Holmes again who put in numerous attempts to get away, as the peloton bore down on them. The Madison Genesis man went clear as they made their first passage of the line in Blyth, and held on as far as the Eisberg Sprint in Seaton Sluice before being caught.

At that instant Quick-Step Floors’ Philippe Gilbert took up the reigns, threatening to hold off the peloton on the run back to Blyth, but was reeled in by the Sky and Dimension Data led peloton to set up the thrilling, but controversial sprint to the line.

Vivani has now taken five stage wins in the OVO Energy Tour of Britain since 2013, while Boasson Hagen – despite winning the race overall in 2015 – hasn’t won a stage since his previous overall victory in 2009.

Stage Three of the OVO Energy Tour of Britain takes place in North Lincolnshire with the race returning to the area for the first time since 2009, with the race going from Normanby Hall Country Park to Scunthorpe. Racing begins at 11:00. 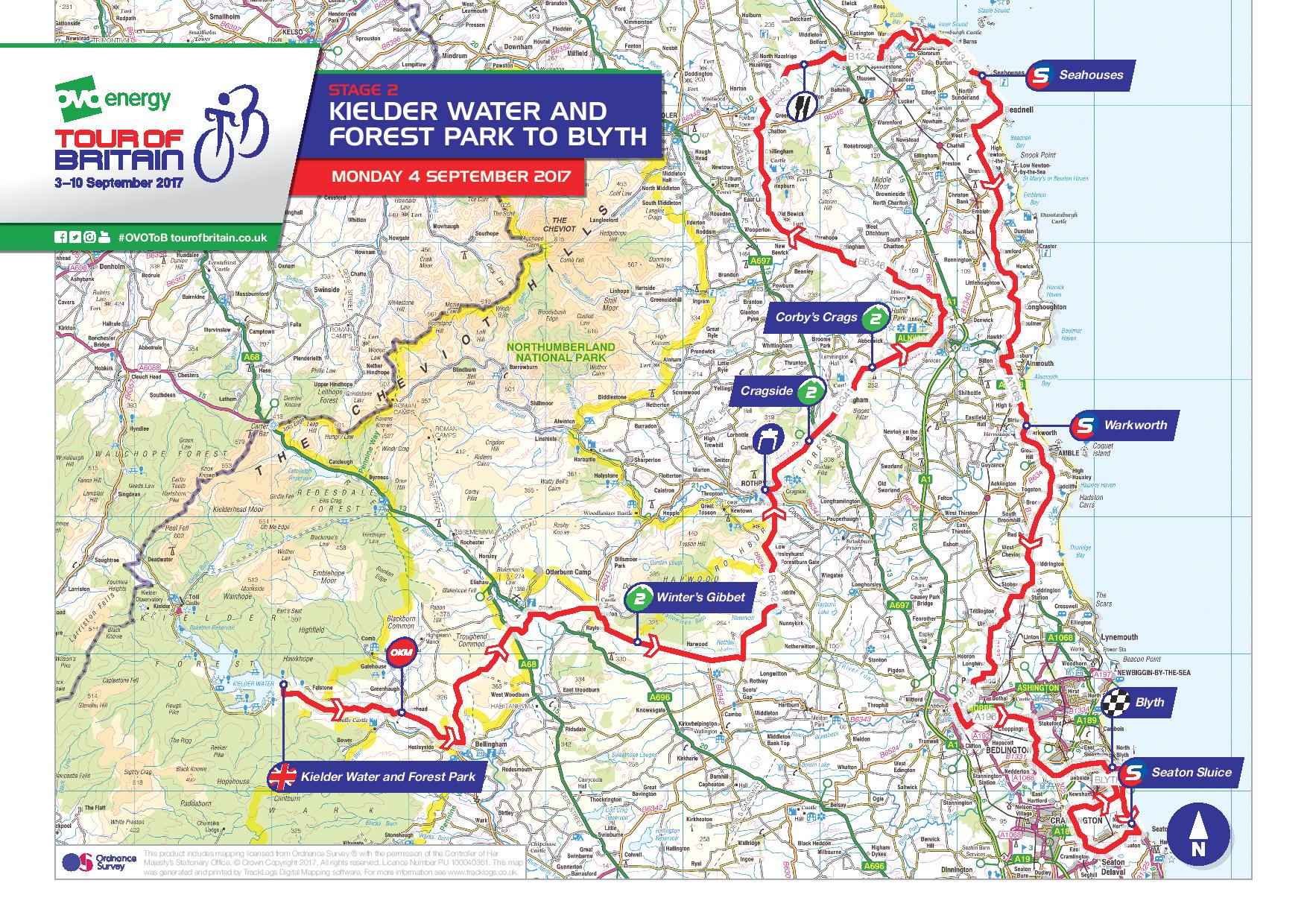