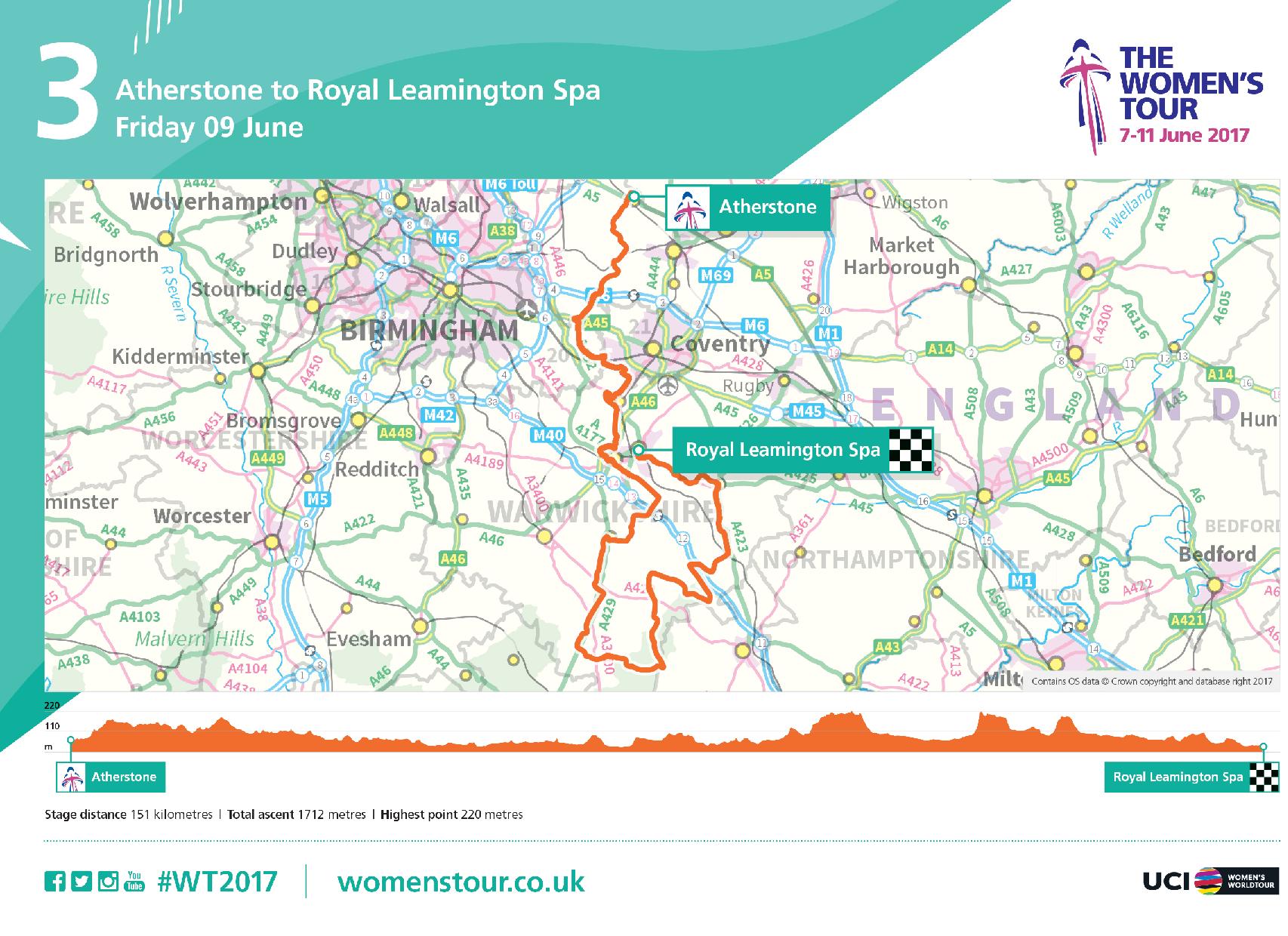 Hosking came off Giorgia Bronzini’s wheel with around 100-metres to go on the Parade in Leamington Spa with only Drops rider Alice Barnes providing a challenge on the long, straight gently rising drag to the finish line.

“It feels really great” said the 26-year-old Victorian. “This is a highlight race for most riders on the calendar so I feel really privileged to come away with my first win and first podium here. It’s a phenomenal event, I feel like I’ve entered an elite group!

“It seemed like a number of the teams wanted the finish to be from the group. There was a group of five that got away and for me that was a bit worrying. There were girls like Shara Gillow and Gracie Elvin – both Australians, both really, really strong – and the course wasn’t dead flat. It took a bit of effort to drag them in. Once we caught them everybody switched their mindset to a bunch sprint. It was a bit chaotic, which is strange because it was probably the least technical finish we have all week. But it was nice that the sprinters got a chance.”

Behind Hosking came Alice Barnes, retaking the Adams Best British riders jersey from her sister Hannah, who was sixth, with the pair now sitting third and fourth overall, both 1-minute and 46-seconds back from Niewiadoma.

“There’s not really any sibling rivalry between us,” said Alice speaking at the post-stage press conference. “Everybody thinks there should be but we just race the events and try and get the best results we can. We’re actually closer now I’m racing on the road than when I was a mountain biker.

“This year has been a breakthrough season, I’ve trained really hard and I’m happy it’s paying off. The OVO Energy Women’s Tour is a home race for me, it’s a Women’s WorldTour event, it’s one of the biggest on the calendar – it’s so well organised, everybody comes here wanting to win it. So you have to go into it with good focus and train hard for it.”

Thanks to time bonuses Ellen Van Dijk, third on the stage, moves up to second overall, 1-minute and 43-seconds behind Niewiadoma with two stages remaining.

“It was another hard stage, but not as hard as yesterday,” said the OVO Energy Green Jersey wearer Niewiadoma afterwards. “All teams were expecting a bunch sprint and they wanted to take their chance. At one point a breakaway of five riders was clear but I was pretty calm as I knew that they were not competitors for me on GC. My team controlled the whole race. After the two SKODA Queen of the Mountains climbs other teams were eager to help at the front to chase them down and take a big bunch to the finish line. It was a long day for sure – 150 kilometres – but I really enjoyed it. It’s so nice in the UK, I have to admit. The scenery is really beautiful.”

Cecilie Uttrup Ludwig, the leading young rider in the UCI Women’s World Tour briefly threatened Niewiadoma’s leading as the best placed of five riders who hit the front and built an almost two-minute lead, but were finally reigned back in at five kilometres to go, setting up the thrilling sprint finish.

While Niewiadoma kept her OVO Energy Green Jersey and Wiggle Points Jersey for WM3 Pro Cycling, some shine was taken off the day as teammate Marianne Vos fell to fifth overall and was unable to contest the finish after crashing within the final 500-metres.

Wiggle HIGH5 kept the SKODA Queen of the Mountains jersey with Audrey Cordon-Ragot, now seven points clear of Lucinda Brand, while the team also took the Eisberg Sprints Jersey thanks to Jolien D’hoore who picked up points at both intermediate sprints in Kenilworth and Wellesbourne.