Brenton. A great race indeed! What a fast race around the streets of Stockton. I guess it’s the first time you have raced around here? It’s my first time. It’s a great course, It’s really fast and technical corners – a few tight corners that really strung the bunch out. The JLT Condor boys were superb tonight, played together, great racing – that’s the way of the series.

Of course you are still leading the team classification. It’s been a great season at JLT Condor. The race tonight was all about speed and positioning. Were you confident going into the final corner? Yeh! I’m sprinting well, so if I could hold off for the last sprint I’d be first. I felt good tonight!

Sixteen riders broke clear a quarter of the way into the hour long race through Stockton High Street, a fast and technical course now in it’s sixth year.

Extending their lead to over thirty seconds JTL Condor where in the thick of the action from the get-go, stringing out the seventy riders in the early laps as Graham Briggs stretched his legs on the front.

By the three-quarter marker a different quartet had formed a lead but this soon came back as the hour approached.

Next up with his usual long attack and four laps remaining was Conor Swift, Madison Genesis holding out for a couple of laps before team-mate McEvoy took over.

In the end, a strong JLT Condor team took the honours wining the individual race and extending their team dominance. 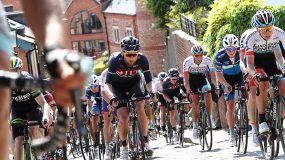 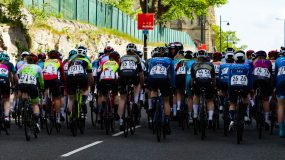